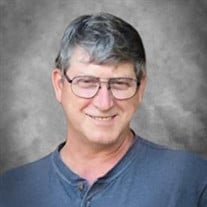 William “Bill” Sexton, Jr. age 60, of Elizabethton, TN passed away Thursday, August 5, 2021 at Sycamore Shoals Hospital. He was born in Claremont, N.H. to Claire B. Stone Sexton, of Elizabethton and the late William Henry Sexton, Sr. Bill was the maintenance Supervisor at Crown Laboratory in Johnson City. He was a member of Church of Jesus Christ of Latter Day Saints. Bill enjoyed helping people, playing with kids, cooking, playing his guitar, building, hunting, fishing, watching his grandchildren playing sports and being around people. Those left to cherish his memory include his wife, Kathy Sexton, of the home; three sons, William Sexton III, Nathan Sexton, and Robert Sexton, all of Elizabethton; four daughters, Jodie Chadwick and Sarah Welch, of Australia, Alice Peters and Tiffany Whitehead, of Elizabethton; sixteen grandchildren; three brothers, Theodore “Ted” Sexton, of Newport N.H., Dwayne Sexton and Thomas “Tom” Sexton, both of Elizabethton; two sisters, Ellisa McKinney, of Johnson City and Rebecca “Becky” Smith, of Williamsburg, VA; many nieces and nephews also survive. A service to honor the life of William “Bill” Sexton, Jr. will be conducted at 11:00 A.M. on Thursday, August 12, 2021 at his residence, 125 Parsonage Road, Elizabethton with Bishop Barry Creek officiating. A eulogy will be given by Kayla Coffey and Stacy Parenteau. An opening prayer will be given by Bobby Erwin and the closing prayer will be given by his grandson, Will Sexton. The family will receive friends anytime Wednesday until 7:00 P.M. at the home. The graveside and committal will be held following the service on Thursday at Richie Cemetery, Elizabethton. Pallbearers will be James Coffey, Michael Sexton, Will Sexton, Ryan Sexton, Dwayne Sexton and Frank Austin. Honorary Pallbearers are Shannon Grindstaff, Allan Bullis, Shane Welch and Mark Archambault. Those who prefer memorials in lieu of flowers may make donations to The American Heart Association, PO Box 840692, Dallas, TX 75284-0692. Online condolences may be shared with the family on our website, www.tetrickfuneralhome.com Tetrick Funeral Home, Elizabethton is honored to serve the Sexton family. Office 423-542-2232, service information line, 423-543-4917.

The family of William "Bill" Sexton Jr. created this Life Tributes page to make it easy to share your memories.

Send flowers to the Sexton family.