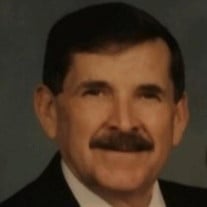 Mr. William “Bill” M. Wilson, 91, of Johnson City, passed away on Friday, October 29, 2021, peacefully at home with family by his side. Bill was born in Pensacola, North Carolina, and was the son of the late Charles Herbert and Joan Rathbone Wilson. He graduated from Burnsville High School and completed 2 years of college through University of North Carolina. He joined the United States Air Force, in 1951 and proudly served his country during the Korean War. Bill later finished his training at Dell School of Medical Technology and began his career at Duke, in Durham, NC. In 1963, he accepted a position with Veteran’s Administration, Mountain Home, TN, working until his retirement in 1982. He was a member and Deacon at North Johnson City Baptist Church and currently a member of Snow Memorial Baptist Church. After his retirement he devoted his time to family and serving God through his service with the church. Bill and Angie’s love of the outdoors and mountains was evident by their time they spent building their mountain home in Land Harbor, Linville, NC, hiking, mountain climbing and enjoying time with friends and family and a close connection to God. In addition to his parents, Bill was preceded in death by three sisters, Frances Higgins and husband Wyman, June Riddle and husband Walter and Betty Jean Robertson and husband C.W., Jr. and one brother Edwin Wilson. He was a loving husband, father, grandfather, and great grandfather. Survivors include his wife of 63 years, Angie Wilson; four daughters, Sheryl Strouth, Michelle Price, Jackie Parks and Cindy Miles and her husband Ron; one son Billy Wilson; ten grandchildren and one great grandchild and his brother Bob Wilson and wife Nelda of Burnsville, NC. Mr. Wilson’s family would like to thank the staff at Avalon Hospice and other caregivers for their exceptional care and compassion during the past year. A celebration of life and graveside services, with military honors will be conducted at 1:00 PM Friday, November 5, 2021, at Mountain Home National Cemetery (Annex) with Reverend Joe Blankenship officiating. Family and friends are requested to meet at the cemetery by 12:50 pm Friday. The Wilson Family request that memorial donations be made to Avalon Hospice, Johnson City.

Mr. William &#8220;Bill&#8221; M. Wilson, 91, of Johnson City, passed away on Friday, October 29, 2021, peacefully at home with family by his side. Bill was born in Pensacola, North Carolina, and was the son of the late Charles Herbert and... View Obituary & Service Information

The family of William "Bill" M. Wilson created this Life Tributes page to make it easy to share your memories.

Send flowers to the Wilson family.