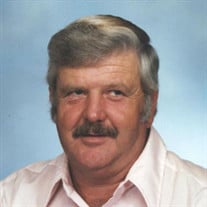 Willard Peters, age 81, of Elizabethton, Tennessee went home to be with his Lord on Monday, July 5, 2021 from Sycamore Shoals Hospital following an extended illness. Willard was born on January 19, 1940 to the late Clarence Millard Peters and Dora Belle Fletcher Peters. He was employed by Summers-Taylor, where he retired. He was a member of Caldwell Springs Baptist Church. Willard was loved by everyone that had the joy of knowing him. He will be terribly missed by many. After he retired, Willard went back to get his GED. He also served as a Volunteer Firefighter. In addition to his parents, he was preceded in death by his loving wife of thirty seven years, Joann F. Peters; an infant sister; his brothers, Jack Fletcher and wife Helen Bynum Peters and wife Lena and his brother-in-law, Landon Grindstaff. Those left to cherish his memory include a daughter, Wendy Peters, of Elizabethton; a step-son and step-daughter, whom he considered his own, Steve Williams and Linda Birchfield, both of Elizabethton; three granddaughters, Cindy James, of Elizabethton, Whitney Vines, of Kingsport and Lakisha Vines, of Knoxville; two great granddaughters, Caytlin James and Lakyn James, both of Elizabethton; his brothers, Russell Peters and wife Bonnie, Roscoe Peters and wife Lynetta and Norman Peters, all of Elizabethton; his sisters, Joyce Grindstaff and Jeanette Bowers, both of Elizabethton. Several nieces and nephews also survive. A very special thank you to Ivy Hall Nursing Home for taking such great care of Willard. A service to celebrate the life of Willard Peters will be conducted at 2:00 PM on Friday, July 9, 2021 in the Riverside Chapel of Tetrick Funeral Home, Elizabethton. The family will receive friends from 1:00 PM until 2:00 PM in the funeral home chapel, prior to the service on Friday. The graveside service will follow the Caldwell Springs Baptist Church Cemetery. Active pallbearers will be Eric Grindstaff, Chris Bowers, Steve Fletcher, Dexter Lunceford, Jerry Barnett and Joe Howell. Online condolences may be shared with the family on our website, www.tetrickfuneralhome.com Tetrick Funeral Home, Elizabethton is honored to serve the Peters family. Office 423-542-2232, service information line, 423-543-4917.

Willard Peters, age 81, of Elizabethton, Tennessee went home to be with his Lord on Monday, July 5, 2021 from Sycamore Shoals Hospital following an extended illness. Willard was born on January 19, 1940 to the late Clarence Millard Peters... View Obituary & Service Information

The family of Willard P Peters created this Life Tributes page to make it easy to share your memories.

Send flowers to the Peters family.