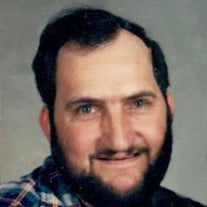 Wendell Ham Phillips (age 68) passed away at his home on Thursday, November 25, 2021. He was born February 22, 1953. With a heart as big as they come, a big 'ole grin that could light up any room and a contagious laugh that we all knew and loved. Uncle Wendell was known by all, even former classmates, as being a genuinely kind person who always had a smile on his face. He loved joking and doing his best to make sure those around him were smiling and happy. Wendell was a big kid at heart! Some of our fondest memories are of him swinging us round and round in the front yard until we laughed so hard our bellies hurt. Most recently chasing us around and joking about not having a belly button. Simple things made him laugh and in turn those around him laughed as well. The family remembers the good old days when everyone got together for cookouts and then took pictures and he would always pinch or poke at someone to make them "jump" right as the camera snapped and then he'd throw his head back and belly laugh. His antics made for some interesting photos and fun, fun times for sure. He loved music, whistling and singing to everything including his favorite Southern Gospel Group, The Inspirations. He sang in several gospel quartets in his younger years and even in the past few years was called upon to sing in a few church services with that clear, deep, bass voice. In his younger years he loved listening to his stereo extra loud and harassing all those that lived in the same house as he listened to his eight track tapes. He also had a passion for his CB radio where his handle was "Chuckles" (so very fitting for him). Most recently he found time to check out a great nephew's new car speakers and nod his approval. Later on, after Cindy passed away Wendell still enjoyed spending time with his family and friends. He would jump in the car and go for a ride to get a homemade cheeseburger and fries at the local country store; visiting neighbors; going to church; telling stories, tinkering on things or just calling and chatting. He would always begin the call with "this is your Uncle Wendell" and end with "When you gonna come see me?" He was also known for other funny antics including leaving some hilarious messages on answering machines and much, much more. Just another way for him to smile --- and us along with him. Heaven is a little sweeter (and more fun) since Uncle Wendell arrived. During his younger years Wendell worked on a NC DOT bridge building team with his older brother William. He later retired from Lees McRae College after serving 30 plus years on the maintenance staff. Wendell is preceded in death by his wife Cynthia (Cindy) Hartley Phillips. Three brothers David Phillips (infant), James Charlie Phillips and William Elmer Phillips (Violet). One sister Joanne Phillips Coffey (Charlie). His parents Don Elmer Phillips and Rosa Pearl Potter Phillips. His maternal grandparents Ham and Maddie Norris and his paternal grandparents Conley and Susie Phillips. Two brother in-laws Joseph Norris and Bobby Hicks. Three nieces Reba Lee Phillips Taylor, Linda Gail Norris and Peggy Sue Hicks Worley. Two great nephews Daniel Robert Taylor and Beau Bryson Hicks (infant). He is survived by two sisters Georgia Lee Phillips Norris and Wilma Jean Phillips Hicks. Wendell and his wife, Cindy never had any children of their own, however that never stopped either one of them from taking it upon themselves to love and spoil every child they met. He loved all of his nieces and nephews immensely. Left to honor his memory are: Five nephews Terry Norris (Kimberly Sanders), Richard Coffey, Randall Coffey, Charles Norris and Bobby Gilbert Hicks (Nina). Three nieces Brenda Coffey Isaacs, Diane Norris Stines (Ernie) and Rosa Hicks. Eleven great nephews Chris Norris (Jennifer), Joseph "Joey" Norris (Andrea), Jonathan Worley, Jerry Stines, Scott Stines, Devin Lerch, Dustin Hicks, Chad Hicks, Josiah Isaacs, Andrew Isaacs and Mason Hicks. Three great nieces Chasty Taylor Davis (Daniel), Jennifer Norris (Nick Grey), Heather Norris Hagaman (Jessie). Eight great great nephews Jacob Davis, Dalton Taylor and Mason Taylor, Mavrick Norris, Daxton Hagaman, Colton Grey, Raylon Hagaman and Waylon Hagaman. Three great great nieces Terri Lee Davis Farmer (Josh), Chaney Hagaman and Haylee Grey. The family will receive friends Sunday, November 28 from 1-2:00 pm at Flat Springs Baptist Church in Elk Park NC. Funeral services will be conducted at 2:00 p.m. Graveside services will follow at Stone Mountain Baptist Church Cemetery in Poga, Tennessee. Memorial contributions may be made to Randall Coffey,2401 Flat Springs Road, Elk Park NC 28622 - memo: Wendell Phillips remaining expenses. Please observe the latest CDC Guidelines. Those who have fragile health, in contact with someone with fragile health or are not vaccinated should wear a mask. Pallbearers: Bobby Gilbert Hicks - nephew, Chris Norris- Nephew, Josiah Isaacs - Great Nephew, Andrew Isaacs - Great Nephew, Dustin Hicks - Great Nephew, Daniel Davis - Great Nephew by Marriage, Michael Gillenwater - friend, James Ward - childhood classmate and life-long friend. Honorary Pallbearers: Chad Hicks - Great Nephew, Gary Guy - life long friend, Roger Norris - First Cousin Online condolences may be shared with the family on our website, www.tetrickfuneralhome.com Tetrick Funeral Home, Elizabethton is honored to serve the Phillip’s family. Office 423-542-2232, service information line, 423-543-4917.

Wendell Ham Phillips (age 68) passed away at his home on Thursday, November 25, 2021. He was born February 22, 1953. With a heart as big as they come, a big 'ole grin that could light up any room and a contagious laugh that we all knew and... View Obituary & Service Information

The family of Wendell Phillips created this Life Tributes page to make it easy to share your memories.

Wendell Ham Phillips (age 68) passed away at his home on Thursday,...

Send flowers to the Phillips family.