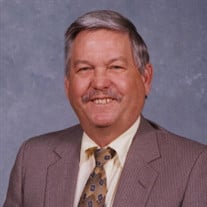 Vernon Lee Smith, 78, born March 29, 1943. He was a beloved husband, father, grandfather and great-grandfather. He went home to be with his Lord on February 2, 2022 after a lengthy illness, with his loving wife, son and daughter-in-love, by... View Obituary & Service Information

The family of Vernon Smith created this Life Tributes page to make it easy to share your memories.