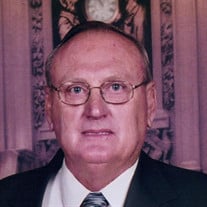 Truman Clark, age 83, of Piney Flats, TN went home to be with the Lord Friday, July 10, 2020. He was born February 27, 1937 in Elizabethton and was the son of the late William Ed and Juanita Welch Clark. Truman found love and married the mother... View Obituary & Service Information

The family of Truman Clark created this Life Tributes page to make it easy to share your memories.

Send flowers to the Clark family.