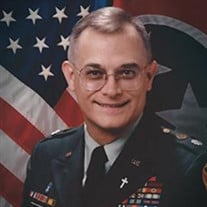 Click here to view Livestream memorial service Thomas Edward Stokes, Jr., 78, passed peacefully to join his loved ones in the sight of the Lord on Wednesday, December 23, 2020. Thomas was a long-time resident of Northeast Tennessee. He was born in Canton, Ohio to the late Thomas Edward and Elsie Mae (Groves) Stokes on October 17, 1942. Thomas was a gentle man with a servant’s heart. He was a loving, caring, and humorous husband, father, grandfather, uncle, and friend to all who knew him. He was a member of Grandview Christian Church where he served as an elder for many years. He loved reading, teaching, ministering to others, but most importantly he loved to spend time with his family. Just after high school graduation, Tom joined the NAVY serving during the Cuban Missile Crisis working as a radar technician on the USS Essex (CV-9) and the USS Intrepid (CV-11), both aircraft carriers. After the Cuban Missile Crisis Tom returned to Ohio where he enrolled at Malone College and in 1967 married Barbara Ann Wise. They had their first child in May 1969 and in June of the same year moved to Milligan College, TN so he could begin working on his degree at Emmanuel School of Religion. He completed his degree at Emmanuel, Doctor of Ministry, in 2002. He also earned a Master of Library Science in Theology at George Peabody College at Vanderbilt University. Tom worked at Emmanuel while serving as a Chaplain for the Tennessee ARMY National Guard and was called to serve in Saudi Arabia during Desert Shield / Desert Storm (August 1990 – June 1991) as Chaplain, HHD, 176th Maintenance Battalion, TN. He served as State Chaplain for the Tennessee ARMY National Guard until his retirement in October 2002 at the rank of Colonel. In addition to his parents he was preceded in passing by a brother, Terry Eugene Stokes and a sister Alice Jane (A.J.) Nelson. Those left to cherish his memory are his wife of 53 years, Barbara Ann (Wise) Stokes, sons Andrew Thomas and Ian Philip Stokes and wife Kristie, grandson Andrew Michael “Mick” Stokes, granddaughters Ia Rhiann and Elsa Marie Stokes, brother Todd Lynn Stokes and wife Mary, and sister Anita Jean Stokes. Several nieces, nephews, and cousins also remain to carry on his legacy. A funeral service to honor his life will be conducted Wednesday, December 30, 2020 at 6:00pm with Dr. Robert Hull officiating. A visitation will be conducted prior to the service from 4:00 – 6:00pm. A graveside service will be held at the Mountain Home National Cemetery on Thursday, December 31, 2020 at 10:00am with Dr. Aaron Wymer officiating. In Lieu of flowers the family is requesting donations be made to the Emmanuel Christian Seminary at Milligan University Address: 1 Walker Drive, Johnson City, TN 37601 Phone: (423) 926-1186 or Grandview Christian Church Address: 300 University Parkway, Johnson City, TN 37604 Phone: (423) 928-7866. The family would like to extend a special “Thank you” to the nurses and staff at Lakebridge Rehabilitation and Skilled Nursing Center for their patient and loving care of Thomas. Mr. Stokes and his family are in the care of Tetrick Funeral Services, 3001 Peoples Street, Johnson City, TN 37604 Phone: (423) 610-7171. Online condolences may be made at www.tetrickfuneralhome.com. Due to the COVID-19 pandemic it is at the request of Washington County, Tennessee that masks be worn always, and all social distancing guidelines be adhered to.

The family of Dr. Thomas Edward Stokes Jr created this Life Tributes page to make it easy to share your memories.

Send flowers to the Stokes family.