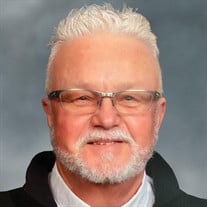 Click here to view a livestream of the service Terry Joel Burleson, age 59, of Johnson City, TN went home to be with the Lord on March 1st 2021 after suffering from Covid-19. Terry was born on March 30, 1961 in Johnson City, TN to the late David Harold and Lucille Woody Burleson. In addition to his parents, Terry was preceded in death by his sister, Beth Burleson, and brother, Don Burleson. Terry was fueled by love for his family that he built together with his high school sweetheart and wife of 40 years, Lisa Sanders Burleson. In addition to Lisa, he is survived by his daughter Haley Burleson Jones and son-in-law Bill; son Matthew Burleson and daughter-in-law Emily; his pride and joy, grandchildren Harper Jones and Reid Burleson. Terry is also survived by his brothers David Burleson, Mike Burleson (Brenda) and sister-in-law Melissa Burleson. Many dear friends and relatives are also left behind to cherish the memory of a giving and joyful man. Terry was favored by many, never without a joke, a prank, or a trick to bring laughter to any conversation. Terry enjoyed spending time with his large and loving family and many dear friends. He had a soft spot for children, both his own and his nieces, nephews, and those at Grace Freewill Baptist Church where he was a long-time member. He was a devout servant of the Lord, always eager to witness, and having served as a deacon in the church. Terry had a long and successful career as an electrician after graduating from Science Hill High School in 1979, learning from his father and older brothers at Burleson Electric Company, Inc. His hard work, skilled mind, and dependable character eventually brought him to the helm of his own successful company, Terry’s Electrical Service for over ten years. He continued his electrical contracting career until the time of his illness with Acorn Electric Company where he was well loved and respected. Terry’s love for working was closely followed by time spent hunting with a friend, rooting for the Vols, and camping with his family. The family will receive friends in a drive-through procession at Grace Freewill Baptist Church on Friday, March 5, 2021 from 4:00-7:00 p.m. with a private service immediately following. The service will be live-streamed for safe viewing from home, see link at tetrickfuneralhome.com. The private interment will be at Edgefield Cemetery. The services will be led by Pastor Curtis Hurt of Grace Freewill Baptist Church, Johnson City, TN and Dr. Allen Davis of Piney Flats First Baptist Church, Piney Flats, TN. Matthew Burleson, Bill Jones, Mike Burleson, Josh Burleson, Logan Burleson, Doug Weems, David Bryant, Tommy Woody, and Shannon Woody will serve as pallbearers. David Burleson, Steve Pate, Mike Silvers, James Sanders, and David Lloyd will serve as honorary pallbearers. In lieu of flowers, the family ask for donations in Terry’s memory to Grace Freewill Baptist Church or Piney Flats First Baptist Church. Our staff is committed to taking care of our families and guests we serve. Please understand we will be following the State’s COVID-19 guidelines. We ask all guests and family members attending visitations and services to please bring and wear a mask, and observe all social distancing guidelines. Memories and condolences may be shared at www.tetrickfuneralhome.com. Tetrick Funeral Services, 3001 Peoples Street, Johnson City, TN 37604, (423) 610-7171, is honored to serve the Burleson family during this difficult time.

[Click here to view a livestream of the service]https://www.gracefwbc.com/ Terry Joel Burleson, age 59, of Johnson City, TN went home to be with the Lord on March 1st 2021 after suffering from Covid-19. Terry was born on March 30, 1961 in Johnson... View Obituary & Service Information

The family of Terry Joel Burleson created this Life Tributes page to make it easy to share your memories.

Click here to view a livestream of the service

Send flowers to the Burleson family.