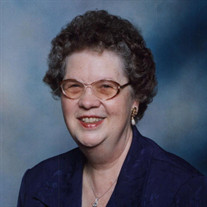 Rubye Gail Brooks Wilkerson was born April 22, 1935 in Memphis, TN to Marvin H. Brooks, Jr., and Lillian Smith Brooks. She attended elementary schools in Memphis, and high school in Lakeland, Florida. She attended Florida Southern College in Lakeland, Florida; Martin Methodist College in Pulaski, Tennessee, and graduated from Lambuth College in Jackson, TN in 1974. Gail married James Kenneth Wilkerson in 1954. She worked as a secretary for many years, before becoming an elementary teacher in Humboldt, Tennessee. After retiring, Gail and Ken moved to Johnson City, TN, to be near family. She was preceded in death by her parents, her brother, Marvin H. Brooks, III, and her niece, Becky Brooks. She is survived by her husband Ken, her three children: Rubye Lillian Wilkerson Beck (Scott), Laura Gail Wilkerson Eskenazi (Michael), and James Kenneth Wilkerson, Jr. She had six grandchildren: Alicia Gail Mulvihill (Ryan), Emily Beck, Claire Beck (Nora), Clio Gail Wilkerson, Michael Murray Eskenazi, and Robin Wilkerson. She had two great-grandchildren, Isabelle and Jude. Gail was a member of Munsey Memorial United Methodist Church and the Philosophers Sunday School Class. She and Ken also enjoyed the many friendships made in earlier years while Ken was the pastor of several United Methodist Churches. Until her recent illness, Gail enjoyed meeting new friends daily while eating out in Johnson City. In earlier years, Gail enjoyed teaching Sunday School, singing in church choirs, sewing, and being a Brownie Scout leader. Later she enjoyed volunteering at nursing homes and leading music programs. She also enjoyed painting and sculpture, and was known for making beautiful greeting cards in her later years. Our family would like to express our deepest gratitude to the kind and capable nurses and CNAs from Ballad Hospice for their tender care of our loved one. We also would like to thank Karen from Home Instead for staying overnight with Gail so that family members could get needed sleep. In lieu of flowers, donations may be made to Munsey Memorial United Methodist Church Melting Pot Ministry or Second Harvest Food Bank of Northeast Tennessee. The memorial service will be held at Munsey on Friday, August 6th in the sanctuary. Visitation will be from 3 to 4 with the service to follow. Memories and condolences may be shared at www.tetrickfuneralhome.com. Tetrick Funeral Services 3001 Peoples Street Johnson City, TN 37604 (423-610-7171) is honored to serve the Wilkerson Family.

The family of Rubye Gail Brooks Wilkerson created this Life Tributes page to make it easy to share your memories.