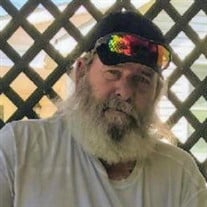 Robert “Bobby” Smith, age 65, of Elizabethton, Tennessee passed away on Saturday, October 24, 2020 from his residence. Bobby was born in Johnson City, Tennessee to Viola Black Smith of Johnson City and the late Lawrence Franklin Smith. In addition to his father, he was preceded in death by his brother, Lawrence F. Smith Jr, and his fur babies: Copper, Tobie, and Thump. Bobby was an avid sports fan who loved to watch Florida State Football and New York Yankees Baseball. In addition to his mother, those left to cherish his many wonderful memories include his wife of 34 years, Patsy Oliver Smith, of the home; three children, Misty Humphrey (Kelly) of Chuckey TN, Robin Denney (Jake) of Johnson City, and Rocky Scalf (Charlene) of Watauga TN; seven grandchildren, twelve great grandchildren; two sisters, Pinky and Cindy both of Johnson City; one brother, Chet of Johnson City; several nieces and nephews, and a special friend, Keith Brown, also survive. The family will hold a service to honor Bobby’s life at a later date. Memorials in lieu of flowers may be made to the Carter County Animal Shelter at 135 Sycamore Shoals Dr. Elizabethton TN, 37643.

The family of Robert "Bobby" Smith created this Life Tributes page to make it easy to share your memories.