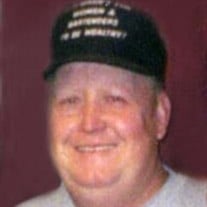 On Thursday, December 9, 2021 a gentle soul, Richard Guy, age 71, of the Poga Community in Butler, Tennessee passed away peacefully at his residence. Richard was born December 20, 1949 in Carter County to the late Herbert B. and Lockie Jane Trivette Guy. In addition to his parents, Richard was also preceded in death by his brothers, John Henry Guy, Herman Ray Guy, Glenn Guy and Raymond Guy; and his sisters, Sylvia Guy Potter, Frankie May Guy Harmon and Mary Lou (Mike) Nave. Richard was a kind, generous and happy man that was loved by everyone he met. Richard was a friend to anyone and everyone and would do anything to help someone in need. He was a simple, genuine man who never made a fuss about things that happened in life and he was very loved by his family. He attended Piney Grove Church of Christ in Poga many years ago and had a strong faith in the Lord. Richard enjoyed going to the local store (Elk Mills General) and hanging around his friends there. He also had a reputation as the best tomato farmer around and enjoyed planting his garden every year. Those left to cherish Richard’s memory are his son, Joseph (Tosha) Hatley; his grandchildren, whom he loved and spoiled greatly, Parker Hatley and Cassandra Hatley; and his special friend, Craig Dugger. Several nieces, nephews, great nieces and great nephews, as well as many friends and neighbors also survive. A graveside service to honor Richard’s life will be conducted at 11:00 AM on Monday, December 13, 2021 in the Abe Trivette Cemetery in Poga with Pastor Dean Estep officiating. Active pallbearers will be selected from family and friends. Those wishing to attend the graveside service are asked to meet at the cemetery at 10:50 AM on Monday. Those who prefer memorials in lieu of flowers may make donations to St. Jude’s Children’s Hospital, 501 St. Jude Place, Memphis, TN 38105 in honor of Richard. The family would like to thank Todd Trivette, Gary Guy and Dennis Guy for their support during this difficult time. Online condolences may be shared with the family on our website, www.tetrickfuneralhome.com Tetrick Funeral Home, Elizabethton is honored to serve the Guy family. Office 423-542-2232, service information line, 423-543-4917.

On Thursday, December 9, 2021 a gentle soul, Richard Guy, age 71, of the Poga Community in Butler, Tennessee passed away peacefully at his residence. Richard was born December 20, 1949 in Carter County to the late Herbert B. and Lockie Jane... View Obituary & Service Information

The family of Richard Guy created this Life Tributes page to make it easy to share your memories.

Send flowers to the Guy family.