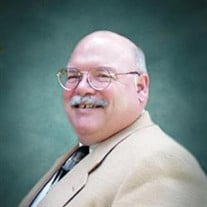 Paul Dwight Sherman, Jr 78 of Johnson City, TN went to be with His Lord and Savior on December 20, 2020 at Johnson City Medical Center (JCMC), after a brief illness. Dwight was born in San Diego, CA into a military family. He spent 45 years in South Charleston, WV raising his family and moved to Johnson City, TN in 2013. He attended the University of New Hampshire from 1960-1964 and earned a Bachelor of Science degree in Chemistry. He later graduated from Brown University with a PhD in Organic Chemistry. In 1968, he began working at Union Carbide Chemical Company in South Charleston, West Virginia. He served in various roles at Union Carbide, eventually advancing to lead the Union Carbide South Charleston Technical Center site. When he retired, he was serving as Union Carbide’s link to the West Virginia legislature, public, and media as Director of Public Affairs. During his research career, he was the inventor on patents for a variety of alcohol production technologies. He retired from Union Carbide in 2001 with 33 years of service. He also held board positions at the Untied Way of Central West Virginia from 1993-2011 and served as Vice Chairman of the Board of Directors for MATRIC, a West Virginia-based technology development organization which he helped found. Dwight was preceded in death by his parents Paul and Katherine Sherman and his twin sister, Barbara Sherman Sanford. Dwight leaves behind to cherish his memory, his wife of 57 years Marilyn Richards Sherman, daughters Laura Sherman Adkins and husband Deron, Karen Sherman Cox and husband Mark and grandchildren Sarah Cox and Andrew Cox, sister Linda Sherman Spitser (Jim), brother Forrest Sherman (Laurian) and many beloved nieces and nephews. While living in West Virginia, Dwight was an active member of First Presbyterian Church in South Charleston. He participated in elder leadership and singing in the choir. He and Marilyn loved to sing duets together during the worship services. After moving to Tennessee, he was also active with the Cornerstone Village Church, helping in various administrative roles. Dwight was a devoted son, husband, father, grandfather and friend who cheered on all he knew. The family will have a small service at the Tetrick Funeral Services and will plan a celebration of life at a later date. The family would like to thank Johnson City Fire Department, Washington County EMS, and the staff at JCMC who cared for Dwight during his short stay. They also thank the many friends who have supported with prayers. In lieu of flowers, memorials may be made in Dwight’s honor to the Cornerstone Village Chapel, 2012 Sherwood Drive, Johnson City, TN 37601. Memories and condolences may be shared at www.tetrickfuneralhome.com. Tetrick Funeral Services, 3001 Peoples St., Johnson City, TN 37604 Phone: 423-610-7171, is honored to serve the Sherman family.

Paul Dwight Sherman, Jr 78 of Johnson City, TN went to be with His Lord and Savior on December 20, 2020 at Johnson City Medical Center (JCMC), after a brief illness. Dwight was born in San Diego, CA into a military family. He spent 45 years... View Obituary & Service Information

The family of Dr. Paul Dwight Sherman Jr. created this Life Tributes page to make it easy to share your memories.

Paul Dwight Sherman, Jr 78 of Johnson City, TN went to be with...

Send flowers to the Sherman family.