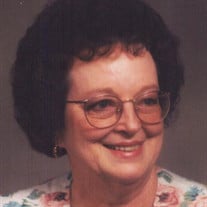 Margaret Louise Barnes Williams age 86, of Johnson City, Tennessee went to Heaven on Wednesday, November 17, 2021 at her daughter’s residence surrounded by her family. Margaret was born in Johnson City, Tennessee to the late Eugene and Maude Dee Arnold Barnes. In addition to her parents, Margaret was also preceded in death by a brother, Donald Barnes. Margaret “Louise” graduated valedictorian of her 1954 class from Boones Creek High School. An East Tennessee State College 1958 graduate, Louise began her career teaching school in the late 1950’s and early 1960’s in inner city Cleveland, Ohio for the first 8 years of her extraordinary 41 year career. She had a gift in her ability as a teacher. She loved her students and they loved ‘Mrs. Williams.’ As a first-grade teacher for most of her career, she gave countless children the foundation for learning with the ability to read, write, add, and subtract. She loved to read and passed that along to her students, reading to them every day during story time as they sat mesmerized by what would happen next to the characters in the story. Louise retired as an educator from the Sullivan County, Tennessee School System in 1999. She always lit up when she talked about her students, both before and after she retired. Louise loved music and played the piano at several churches in the area since the age of 8 years old. She passed that love on to her grandchildren and helped them develop their musical talents as well. She was a person of deep faith. She read her Bible daily and enjoyed having conversations about religion and spiritualty. Louise’s favorite activity was spending time with her family, especially her granddaughters. She is survived by her two daughters, Elizabeth Jones (Kevin), Jennifer Barnett (Debbie), three granddaughters, Sydney Louise Dee Barnett (Alyssa), Meghan Elizabeth Hauser (Blake King) and Jillian Carole Jones. She is also survived by a brother, William Barnes, two nephews and several extended family members and friends. The family of Margaret “Louise” Williams will receive friends from 4 to 6 PM Monday, November 22, 2021, in the Tetrick Funeral Services Chapel. The Celebration of Life will follow at 6 PM. The family would ask that in lieu of flowers, donations be sent to the Science Hill High School Topper Orchestra, where two of her granddaughters played. Donations can be sent via mail to the P.O Box 5854 Johnson City, TN 37602. Scan QR code for further information. Memories and condolences may be shared at www.tetrickfuneralhome.com. Tetrick Funeral Services 3001 Peoples Street Johnson City, TN 37604 (423-610-7171) is honored to serve the Williams Family.

The family of Margaret Williams created this Life Tributes page to make it easy to share your memories.

Send flowers to the Williams family.