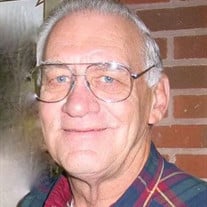 Leonard O. Beattie, 79, passed from this world to his heavenly reward on March 31, 2022. Leonard Owen Beattie was born on October 15, 1942, in Great Neck, Long Island, NY, to the late Leonard and Maude Beattie. He was married to his wife, Marlene, for fifty-eight years. After graduating high school, Leonard enlisted in the US Air Force, completing military tours in Goose Bay, Labrador and Tampa, FL. Following his military service, he was employed by Florida Power Corp. in St. Petersburg, FL, where he retired in 1986 as Director of Fleet Management after 22 years of service. During those years, he also served with his church, Central Christian Church, in numerous roles: Deacon; bus ministry; teaching 5th grade Sunday school; facilities and security. Desiring a role in Christian service, on March 31, 1986, Leonard accepted a position as Physical Plant Director, Milligan University, TN. He was instrumental in developing the facilities at Milligan into the world-class university it is today. He retired from Milligan in 2004 after 18 years on staff. A faithful member of his church and community at both his TN and FL. Homes, Leonard enjoyed volunteering his time working with Calvary Chapel Men of Arms: Doe River Gorge Ministries; and the West Carter County Volunteer Fire Department. He could build, repair, renovate or “fix” about anything – homes, cars, or even a delicious late-night brownie! He was always ready to help friends, family, students, and those in need, always with a smile and a word of encouragement. Leonard is survived by his wife, Marlene Beattie; son, David (Cindy) Beattie; son, Darryl (Brenda) Beattie; daughter, Kelly (David) Byers; daughter, Julie (Mark) Newsom. He was blessed to have 15 grandchildren and 16 great-grandchildren. Leonard was preceded in death by his son, Dean Beattie; grandson, Brett Beattie; and siblings, Bonnie McKenna, and James Beattie. A Celebration of Life service will be announced at a future date.

Leonard O. Beattie, 79, passed from this world to his heavenly reward on March 31, 2022. Leonard Owen Beattie was born on October 15, 1942, in Great Neck, Long Island, NY, to the late Leonard and Maude Beattie. He was married to his wife,... View Obituary & Service Information

The family of Leonard Owen Beattie created this Life Tributes page to make it easy to share your memories.

Leonard O. Beattie, 79, passed from this world to his heavenly...

Send flowers to the Beattie family.