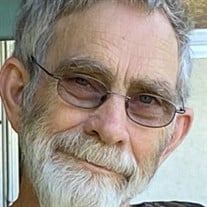 Larry Miles Mullins, July 8, 1947 to April 21, 2021 Larry Miles Mullins, 73, of Bluff City, TN went home to be with the Lord on Wednesday, April 21, 2021 at Bristol Regional Medical Center after an extended illness. He passed peacefully into the arms of his Savior surrounded by his loving and devoted family. Larry was a humble man of great faith and character, with a calm and patient demeanor. He was always putting others ahead of himself and was admired and respected by all who knew him. He had a wonderful sense of humor and loved to joke around. Larry was the rock of his home. He had a profound love for his family and was a steadfast leader, patient teacher, protector and outstanding example to his children and grandchildren. He enjoyed gatherings with friends and family and attending family reunions with his brothers, sisters and extended family members. He was a loving husband, father, grandfather, brother and friend. In 1970 Larry married his high school sweetheart Phyllis, “his girl”, who was the one true love of his life for 54 wonderful years. Their romance, devotion and faithfulness to each other will remain to their family and friends as a shining example of the ultimate love story. Larry was a devoted father to their two daughters, Michelle and Missy, who adored him as a kind, loving and supportive father always there for them through any situation. He accepted and valued his sons-in-law, treating them as his own sons. He was cherished and admired by his granddaughter Haleigh, “Papaw’s Princess” and by is four grandsons, Elijah, Gavin, Mattias and Isaiah, who all loved him dearly. After graduating from Clintwood High School in 1966, Larry enlisted in the United States Marine Corps, serving from 1966 to 1970 in active duty and from 1970 to 1972 in the Marine Reserves. He was a member of the Fixed Wing Marine Fighter Attack Squadron VMFA-235 Death Angels. He received extensive training in communications and navigation systems through the military. As an aircraft electronic technician, he maintained the communications systems on the Phantom F4 jets. He received many commendations, advancing in rank to Staff Sergeant. He was praised regularly by his superiors for his exemplary conduct and leadership, integrity, meticulous work, exceptional skill and outstanding loyalty. In civilian life, Larry used his skills and knowledge obtained during his military service to work as an electronic technician at Sperry, Unisys, Raytheon, Sears and AGC Glass. One of his most significant contributions was working on the guidance systems of the Maverick and SM2 missiles. In 2015, it was only by God’s healing hand that he survived a bleed on the brain from an AVM. He spent 51 days in the hospital with his faithful wife never leaving his side. Through God’s mercy and grace he survived against all odds and was able to once again enjoy the things he loved. Larry had a great love of the outdoors. He was an avid hunter and fisherman and excelled at archery. He loved to spend time with his hunting buddies, who were some of his closest friends. He cherished the mountains of East Tennessee and enjoyed spending time admiring nature. In his final ambulance ride, he asked the driver to “slow down so he could look at the river” that flowed past his home. Just like he dealt with all experiences in life, Larry managed his illness with quiet strength and never a complaint. He only wanted to spend as much time with his loved ones as possible. On his final day, he was surrounded by his faithful wife, his loving children and grandchildren, who he adored more than anything else in the world. He was preceded in death by father, William Jennings Mullins; mother, Goldie Stanley Mullins; step-mother, Marie Mullins; brothers, Ercil Burns Mullins, Mason Jennings Mullins and wife Jean; Billy Ray Mullins and wife Betty, Charles Harold Mullins, Noah Lee Mullins and Clinos Reed Mullins and wife Floreen; brother-in-law, Russ Reed and Benny Brown and son-in-law, Joey Malone. He is survived by his loving wife of 50 years Phyllis (Fletcher) Mullins; daughter & son-in-law Michelle & Kevin Bobrosky and daughter Missy Malone; granddaughter, Haleigh Malone (16) and grandsons, Gavin Malone (11), Elijah (13), Mattias (8) and Isaiah (6) Bobrosky, all of Bluff City, TN; brother, Elster Hamilton, Coeburn, VA, Chris Lynn Mullins and wife Cathy, Gate City, VA, Ronnie Dale Mullins and wife Jenny, Clintwood, VA, Bobby Joe Mullins, Clintwood, VA and Scott Mullins and wife Donna, Somerset, KY; sister, Louretta Reed, Stockdale, OH, Mary Ann Richardson and husband Doug, Beaverdam, VA, Connie Marie Desilets and husband Duane, Minot, ND, Ginger Sue Howell, Goodview, VA, Deborah Sharon Mecomber and husband Greg, Boone, NC Williametta Bryant and husband Ike, Clintwood,, VA and Paula Helen Cochran and husband David, Fayetteville, NC; sister-in-law, Evelyn Mullins, Portsmouth, OH, Tona Mullins, Clintwood, VA, Phyllis Baldwin Mullins, Blountville, TN and Priscilla Brown, Clintwood, VA; brother-in-law, Jimmy Noel Fletcher, Elizabethton, TN. Several nieces, nephews and extended family members also survive. Larry had asked to be cremated and did not want to have a funeral service. In lieu of a funeral and per his request, there will be a dinner for family and friends and a celebration of his life held at a later date. “Our family chain is broken And nothing seems the same, But as God calls us one by one The chain will link again.” ~Ron Tranmer

The family of Larry Miles Mullins created this Life Tributes page to make it easy to share your memories.

Send flowers to the Mullins family.