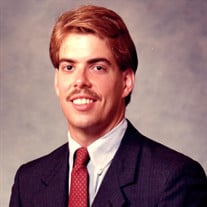 Click here to view a live stream of Joseph's memorial service Joseph Cleveland Seward, III, named after his grandfather and uncle, went to be with the LORD peacefully Monday morning, January 25, 2021, at Life Care Center of Elizabethton. Born September 29, 1957 in Johnson City, he was preceded in death by his parents John Evans Seward and Matilda Jane Paty Seward and by a brother Steven Tyree Seward. Joe is survived by one brother John Evans Seward, Jr., and wife Julie; one sister Jane Seward Street; his former wife Kathy Woodward; and many nieces, nephews, and cousins. Joe graduated from Science Hill High School in 1976 and from East Tennessee State University in 1982 with a Bachelor of Business Administration degree. Afterwards he went to work for the Hyatt Hotel Corporation in corporate sales, first in Pittsburgh, PA, and later in Washington, DC. In 1985 he married his high school sweetheart Kathy Woodward (with whom he won several disco dancing contests). After working for the Internal Revenue Service, Joe returned to Johnson City and worked a variety of jobs primarily in sales and hospitality. For many Christmas seasons and often in frigid temperatures, Joe faithfully and enthusiastically served as a bell-ringer and greeter for the Salvation Army kettle drive. Joe loved his family, both immediate and extended, and graciously kept in touch with each one whether near or far. He enjoyed sending encouraging notes as well as reaching out with thoughtful phone calls. Joe made friends easily with people from all walks of life. He had a real sense of hospitality and delighted to serve his friends good food. He was especially grateful for the unwavering generosity and compassion of best friend Roger Bowman who faithfully cared for Joe whenever and whatever he needed, beyond all expectation. Joe also greatly appreciated the devoted attention he received from his special friend Doris Stultz who loved him like one of her own children. One man had a tremendous spiritual impact on Joe. Through his leadership, ministry, and friendship, Pastor Grant Rockley at Haven of Mercy provided Joe with a home and with deep spiritual counseling which enabled Joe to know the LORD more intimately. For this work of the Holy Spirit, Joe and his family were most appreciative. Joe was a life-long member of Munsey Memorial United Methodist Church and was very grateful for the support and friendships of his Munsey family, especially those of Jane LaPella and the late Patty Muse. The family would also like to send a sincere thank-you to the professional teams at Johnson City Medical Center and ETSU Physicians who graciously administered to all Joe’s health care needs, and to the Rescue Squad crews who patiently transported and tended him. Friends will gather at Tetrick Funeral Services – Johnson City, Saturday, January 30, at 1:00 PM for visitation with family, followed by a worship service honoring the LORD and His work in Joe at 2:00 PM, with Pastor Grant Rockley officiating. Music will be provided by the Reverend Douglas Grove-DeJarnett accompanied by organist Matthew Brickey. In lieu of flowers, donations may be made to Haven of Mercy Ministries, P. O. Box 5490, Johnson City, TN 37602-5490. Tetrick Funeral Services – Johnson City is serving the Seward family.

[Click here to view a live stream of Joseph's memorial service]https://www.oneroomstreaming.com/view/authorise.php?k=161187114597866 Joseph Cleveland Seward, III, named after his grandfather and uncle, went to be with the LORD peacefully Monday... View Obituary & Service Information

The family of Joseph Cleveland Seward III created this Life Tributes page to make it easy to share your memories.

Send flowers to the Seward family.