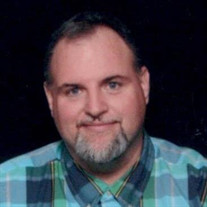 Click on the link below to watch the livestream of the funeral service. https://view.oneroomstreaming.com/authorise.php?k=1638643633151925 “Remember me with Smiles and Laughter, For that is how I will remember all of you, If you can only remember me with tears, then don’t remember me at all”. On Wednesday, December 1, 2021 a handsome, blue eyed beauty from Pogi beheld the face of God at the age of 52. Johnny C. Henson, Jr., born on April 2, 1969 was the second child of four and the only son born to Johnny C. Henson, Sr. and Velma Lambert Bunton. Johnny had known loss in his life, his paternal grandparents, Percy V. Henson and Pearlie Mann Henson; his maternal grandparents, Troy J. Lambert and Arbeulah Trivette Lambert; he mourned the loss of many countless others, including June and Della (Deller to us and as Johnny called her, his “Other Mother”) Henson, Muriel Henson, Margie Hartley, Lexie Harmon, his uncle Ben Greene and his daughter, Kim Greene Oliver; Elliott and Katherine Trivette, and his buddies, Scott Miller and Jeff Dugger. Johnny grew up in the hills of Pogi (he would quote- it’s only Poga to people who don’t live there) on the banks of the Elk River fishing in the summer months and hunting in the woods of Pogi in the winter months. Johnny went to Little Milligan Elementary and then graduated from Hampton High School with the class of 1988. Johnny was known by many names, Pogi Bull, Little John and Uncle Boo Boo but the name of Dad was his favorite. Johnny was happiest with his wife and his girls, going to family cookouts and homecomings to see friends and kin. Johnny had worked at many jobs, his most recent job was as a security guard in Johnson City. Before that he had worked at Broyhill Furniture in Lenoir, NC, North American Rayon Corporation and Superior Wheels. Johnny had also worked for the Carter County Sherriff’s Department, under his father- then Sherriff of Carter County, as a jailor, road deputy and taking the cleanup crews out to local cemeteries. Johnny had a servant’s heart and excelled at any trade, maybe because of “know how” but more likely because of his willingness to help others and do his best. His most important job came when he met and married his wife, Chris and had two beautiful daughters that were the absolute loves of his life. Johnny had attended many churches in his life- Meadowview Baptist Church in Buntontown is where he was baptized and made a member, Keenburg- where he was married and took his children, but Piney Grove Church of Christ was his boyhood church and no matter which church he visited he was a Christian man in every sense of the word. Johnny was the most kind, sensitive man the world had ever seen. It never failed to receive a card every birthday and every Christmas with the most beautifully worded messages in them. Words cannot do him justice and therefore we are humbled only to try because his smile, his love, his warmth cannot be measured by this world’s standards. Johnny left a legacy of kindness and love that will live on in the love of his life, his wife, Chris Lovette Henson; the lights of his life, Nevaeh Henson (his caregiver and daughter) and his mini me that he was “conditioning” for hunting stardom, his daughter, Lilly Henson; his father that loved him dearly, Johnny C. Henson, Sr. and his step mom, Kathy; his rock- his mother, Velma Lambert Bunton and his step dad, George Bunton; his (much older and shorter sister) Valarie Forrester and husband David, his (beautiful) sister, Becky Henson and Dennis Guy, his younger sister (the baby he spoiled) Sherri Henson; his step brothers, Josh Bunton and wife Amanda and James Ray Honeycutt; his step sisters, Teresa Bunton Trivette and Heather Honeycutt; several aunts, uncles and cousins and his nieces and nephews, who knew him as Uncle Boo Boo. Many many friends, too many to list because that was Johnny, everyone that knew him loved him and were considered friends from then on. Johnny always wanted to move back home to Pogi and we are keeping our promise to take him home. The family would like everyone to join us in a homegoing celebration of our beloved Johnny’s life on Saturday, December 4, 2021 in the Chapel of Peace at Tetrick Funeral Home of Elizabethton with Johnny’s childhood minister, Mr. Dean Estep and his cousin, “Little” Charlie Trivette officiating. We will be receiving friends to share memories of Johnny from 12:00 PM until 2:00 PM prior to the service. Johnny’s graveside service will follow in his beloved Pogi across from his homeplace in the Abe Trivette Cemetery with his minister from Meadowview, Reverend Richard Jones officiating. Johnny would have surely chosen or “hand picked” the following as pallbearers, Charlie Forrester, David Forrester, Dennis Guy, Jordan Guy, Keith Trivette, Steve Trivette, Michael Walsh and Eric Trivette. Honorary pallbearers will be his friends and coworkers from previous employment and his hunting buddies through the years. Our family would like to thank our many wonderful family and friends for the tremendous outpouring of love, kindness, prayers and donations to our family all done out of love for our Johnny. Also, a big thank you to the doctors, nurses and staff of the Johnson City Medical Center ICU Unit for their outstanding, round the clock care for our precious Johnny, not to mention hundreds of updates we called for. The flame flickered when he left us, but his flame burns strong within us. Condolences may be sent to the family by visiting www.tetrickfuneralhome.com and signing the guestbook or by fax 423-542-9499. Tetrick Funeral Home is honored to service the Henson family. Office: 423-542-2232, Obituary line 423-543-4917.

Click on the link below to watch the livestream of the funeral service. https://view.oneroomstreaming.com/authorise.php?k=1638643633151925 &#8220;Remember me with Smiles and Laughter, For that is how I will remember all of you, If you can... View Obituary & Service Information

The family of Johnny "John" C. Henson Jr created this Life Tributes page to make it easy to share your memories.

Click on the link below to watch the livestream of the funeral...

Send flowers to the Henson family.