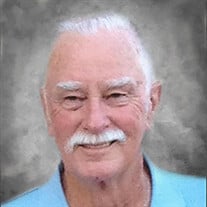 Click here to view a live stream of Mr. Yother's memorial service John David Yother, “Yogi”, 81 of Johnson City, Tennessee, left his earthly home for his heavenly home on Saturday, September 25, 2021. He was much loved and will be greatly missed by all. He was surrounded by family as he drew his last breath. What a blessing it was to see him leave this world in such a peaceful manner. David was a resident of Johnson City for sixteen years. He was originally from Atlanta, Georgia and the son of Roy and Ruth Yother. David graduated from Chamblee High School and was an outstanding baseball player. After high school he went to work for Southern Bell, now AT&T, where he retired after 36 years of dedicated service. After moving to Johnson City, he worked for the Washington County Sheriff’s Office for 12 years until his passing. David’s favorite hobby was riding his Harley Davidson motorcycle as often as possible. Even in his later years, he still found time to ride. He also loved the challenge of a good deer hunt, the excitement of a close baseball game, whether it be a local team or his favorite team, the Atlanta Braves, and a good practical joke. His sense of humor was one of his most endearing qualities, unless you were the recipient of a good scare! In addition to his parents, David was preceded in death by one brother, Jeff Yother. Survivors include one brother, Steve Yother (Betty); five daughters, Dennese Black, Ruth Padula, Micki Crowder (Darryl), Helen Medina, and Ellen Joncas (George); two sons, David Yother and Eric Yother; seven grandchildren, Hannah Crowder, Davis Black, Nick Padula, Macie Joncas, Matthew Crowder, Alec Joncas and Georgia Medina; one great grandchild, Ella Crowder; former wives, Marion Collyer and Ninetta Isolani. The family of Mr. John David “Yogi” Yother will receive friends from from 11 am to 1 pm Saturday, October 9, 2021, at Tetrick Funeral Services. A Celebration of Life Service will follow at 1 pm with Kelly Schultz officiating. The family requests that memorial contributions be made to The American Kidney Foundation. In honor of David’s love of all things Harley Davidson and his casual style, please wear your favorite Harley shirt or your favorite t-shirt and jeans to the celebration of his life. Tetrick Funeral Services, 3001 Peoples Street, Johnson City, TN 37604, is honored to serve the Yother family.

The family of John David Yother created this Life Tributes page to make it easy to share your memories.

Send flowers to the Yother family.