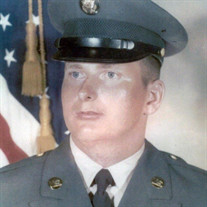 Then Peter said unto them, Repent, and be baptized every one of you in the name of Jesus Christ for the remission of sins, and ye shall receive the gift of the Holy Ghost. Acts 2:38 KJV John Lewis Street, Jr., age 64, of Elizabethton, Tennessee went home to be with his Lord on Monday, June 21, 2021 from the Johnson City Medical Center. John was born in Fort Ord, California to Louise Colbaugh Street of Elizabethton and the late John Lewis Street, Sr. In addition to his father, John was also preceded in death by a sister, Patsy Street Livingston. John was a very kind man who was loved by everyone that had the joy of knowing him. John had worked at North American Rayon and had also ministered for a period of time at Pinecrest Christian Church. John was a 15 year member of Brick Christian Church where he had served as a deacon. John had served for 13 years in the United States Army. He enjoyed grilling out for his church family, fishing, spending time with his children and grandchildren and watching Tennessee Volunteer football. Those left to cherish his wonderful memory include his wife, Becky Street, of the home; three step children, Randy Powell, Andrew Powell and Nicole Carriger; three grandchildren, Stephanie Carriger, McKenzie Carriger and Jacklyn Powell; one great grandson, Isaiah Brown; his mother, Louise Street; a brother, Larry Street; and two sisters, Becky Snapp and Melinda Coleman. Several nieces and nephews also survive. A service to honor and celebrate the life of John Lewis Street, Jr. will be conducted at 7:00 PM on Thursday, June 24, 2021 in the Chapel of Tetrick Funeral Home, Elizabethton with Mr. Ernie Depew, minister, officiating. The family will receive friends from 5:00 PM until 7:00 PM prior to the service on Thursday. The graveside service will be conducted at 11:00 AM on Friday, June 25, 2021 in the Mountain Home National Cemetery (New Annex – 215 Heroes Drive, Mountain Home, TN). Military honors will be accorded by VFW Post 2108. Active pallbearers will be Larry Street, Scott Snapp, Jr., Lucas Snapp, Andrew Powell, Randy Powell, Ben Colbaugh and Randy Colbaugh. Honorary pallbearers will be the men of Brick Christian Church. Those wishing to attend the graveside service are asked to meet at the cemetery at 10:50 AM on Friday. The family would like to especially thank the doctors, nurses and staff of Johnson City Medical Center ICU Unit and their church family at Brick Christian Church for their love and care. Those who prefer memorials in lieu of flowers may make donations to St. Jude’s Children’s Hospital, 501 St. Jude Place, Memphis, TN 38105 in honor of John Lewis Street, Jr. Online condolences may be shared with the family on our website, www.tetrickfuneralhome.com Tetrick Funeral Home, Elizabethton is honored to serve the Street family. Office 423-542-2232, service information line, 423-543-4917.

Then Peter said unto them, Repent, and be baptized every one of you in the name of Jesus Christ for the remission of sins, and ye shall receive the gift of the Holy Ghost. Acts 2:38 KJV John Lewis Street, Jr., age 64, of Elizabethton, Tennessee... View Obituary & Service Information

The family of John Lewis Street Jr created this Life Tributes page to make it easy to share your memories.

Then Peter said unto them, Repent, and be baptized every one...