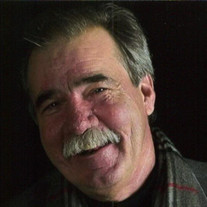 John Tyler Fleming, age 66, of Elizabethton, passed away on September 18, 2021 at the Johnson City Medical Center. His larger than life persona and trademark laughter will not be forgotten by those who loved him. He was happiest when he was serving others, fly-fishing, listening to the ocean waves beat upon the shore, and watching birds with Jennifer in their garden. Tyler was the son of Nancy Grindstaff Fleming, Elizabethton, and the late John Edwin Fleming. He was preceded in death by many loved ones, including his dog and faithful companion, Jake. He is survived by his cherished and loving wife, Jennifer Goddard Birchfield Fleming and his beloved mother, Nancy Fleming. In addition, his pride and joy, his four children, Laura Helton (Greg) of Durham, NC, Rebecca Chafatelli (Joey) of Durham, NC, Maria Sweeney (Cayce) of Newport, KY and John Fleming, Jr (Chelsea) of Murfreesboro, TN. He will be missed by his grandchildren, Philip, Ben, Norie and Elizabeth Helton, Lola, Josie and Mae Chafatelli, and Walter and soon-to-arrive Ruby Jane Sweeney. Tyler would tell anyone who would listen that his grandchildren were perfect in every way, he was so proud of them, as well as his children. Tyler graduated from East Tennessee State University in 1977 with a Bachelor’s Degree in Music Education. He continued his post graduate studies at Northwestern University in Evanston, Illinois and completed his Masters of Education in School Leadership at ETSU. His fondness for “The Andy Griffith Show” led to the development of his thesis on the Griffith Music while at Northwestern. He began his career as the Assistant Director of Bands at Sevier County High School. He then became director at Unicoi County High School, and later was the director of the Dobyns-Bennett High School Band, where he dedicated his efforts to building upon the tradition and legacy of musical excellence that the program is known for today. Tyler had a lasting impact on music education in East Tennessee. He continued his dedication to education as an administrator at the school and district level of Kingsport City Schools. After retirement from the Kingsport City System he became headmaster of Ashley Academy in Johnson City, TN. Following his retirement from Ashley Academy, he served on the Board of Education for Elizabethton City School System. Throughout his years as an educator, he was a champion for children who needed one, and an advocate for those who otherwise might have been overlooked. In addition to his career in education, Tyler also served as the Director of Music Ministry at Stone Drive United Methodist Church of Kingsport, Director of Contemporary Worship Music at First Baptist Church in Kingsport, and Director of Music at First United Methodist Church of Elizabethton. Tyler loved his community, as demonstrated by a lifetime of volunteer service including his Past Presidency and Honorary Lifetime Membership of the East Tennessee School Band and Orchestra Association, service and President of the Kiwanis Club, Imagination Library Board, Tennessee Bandmasters Association, along with many others. The family will honor his memory with a memorial service/ musical service and message by Reverend Raymond Amos, at 2:00 PM, Saturday, September 25, 2021 at the First United Methodist Church in Elizabethton, TN. The family asks that anyone attending wear a mask and maintain social distancing in the sanctuary. The service will be broadcast online for those who wish to participate virtually. To watch the service online, simply go to First United Methodist Church of Elizabethton’s Facebook page or YouTube at promptly 2:00 PM on Saturday. There will be no visitation. In lieu of flowers memorial gifts may be made to the Tyler Fleming Memorial Scholarship Fund at ETSU Foundation, P.O. Box 70721, Johnson City, Tennessee 37614. Tyler will be missed as a husband, son, father, grandfather and forever friend. Tyler would want those who are mourning his passing to remember his laughter and the joy he shared with you, as Irving Berlin best put it, “The song is ended, but the melody lives on.” Online condolences may be shared with the family on our website, www.tetrickfuneralhome.com, Tetrick Funeral Home, Elizabethton is honored to serve the Fleming family. Office 423-542-2232, service information line, 423-543-4917.

John Tyler Fleming, age 66, of Elizabethton, passed away on September 18, 2021 at the Johnson City Medical Center. His larger than life persona and trademark laughter will not be forgotten by those who loved him. He was happiest when he was... View Obituary & Service Information

The family of John Tyler Fleming created this Life Tributes page to make it easy to share your memories.

John Tyler Fleming, age 66, of Elizabethton, passed away on September...

Send flowers to the Fleming family.