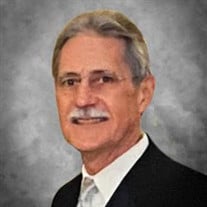 DR. JOHN R. CROCKETT, III Dr. John R. Crockett, III, age 74 of Elizabethton, died Tuesday, November 2, 2021 at his residence. He was a life-long resident of Elizabethton and was the son of the late John R. Crockett, Jr. and Jean Harvey Crockett. He was a life-long member of the First United Methodist Church of Elizabethton where five generations of his family worshipped. He served as Sunday School Superintendent of the church for many years. He was a graduate of University High School where he was president of the senior class, a graduate of the University of Tennessee-Knoxville and a graduate of the University of Tennessee College of Dentistry. Dr. Crockett had practiced dentistry in Johnson City since 1974. He was a member of the First District Dental Society, the Tennessee Dental Association, a Fellow of the American College of Dentistry and a Fellow of the International College of Dentistry. In addition to his parents, he was preceded in death by his aunt, Anne Harvey Austin and his cousin, Jim Austin. He is survived by his wife of forty-eight years, Lanelle Hyatt Crockett of the home, a son and daughter-in-law, John R. “Jay” Crockett, IV and his wife, Victoria Crockett. Three beloved grand-daughters, Callie, Chloe and Caroline, and a brother-in-law, Wayne Hyatt of Memphis, Tennessee. Dr. Crockett was dedicated to the care of his patients, and considered it a privilege to provide for their dental needs. He was blessed with a loyal, dedicated staff consisting of Coleen Bridges, Vicki McCurry, Melinda Tweed, Jimmie Laws and Vanessa Soulier. A service to honor the life of Dr. John R. Crockett, III will be conducted at 2:00 PM Saturday, the 6th of November in the First United Methodist Church 325 East E Street, Elizabethton with The Rev. Raymond Amos officiating. The service will be livestreamed and can be viewed online by visiting www.fumcelizabethton.com and clicking the link to livestream or on Facebook at First United Methodist Church Elizabethton page. Music will be under the direction of David Arney organist, Tim Stafford soloist, Jim Benelisha cellist and the Chancel Choir. Active pallbearers will be Frank Anderson, Jr., Dr. W. T. Baker, Jr, Carl Lynn Burrough, Chuck Finley, Sam LaPorte and Richard Tetrick. The interment will immediately follow in the Crown Section of Happy Valley Memorial Park. The family will receive friends at the funeral home from 5:00 PM to 7:00 PM Friday, November 5, 2021. Those who prefer memorials in lieu of flowers may make donations in memory of Dr. Crockett to the First United Methodist Church-Mission Fund, 325 East E Street, Elizabethton, TN 37643, or to the charity of your choice. Messages of sympathy may be e-mailed to the family through our website, www.tetrickfuneralhome.com. Tetrick Funeral Home-Riverside Chapel, 211 North Riverside Drive-Elizabethton is serving the Crockett family.

The family of Dr. John R. Crockett III created this Life Tributes page to make it easy to share your memories.

Send flowers to the Crockett family.