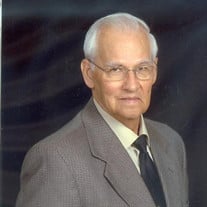 James Douglas Pope of Johnson City, TN went home to be with Jesus after a lengthy illness, on July 4, 2021, surrounded by his friends and family. He was born in Dunn, NC on July 9, 1940, to the late James Leonard Pope and Effie Mable Norris Pope. He was also known as Papaw, PopPop and Papoo. He was a member of Keystone FWB Church for about 20 years but he was a current a member of Grace FWB Church. He loved his Lord and Savior Jesus Christ. He was very proud of his church and church family. Part of his ministry was to participate in the CHIPS program by delivering food for the shut-ins. He never missed an opportunity to invite someone to church. He retired from the American Red Cross Blood Services in 2005, after 16 years of service. His hobbies were bowling, fishing, hunting and playing bingo. He loved different types of fishing, especially pier fishing. He was a league bowler for many years where he was most recently a member of the Monday Men’s Handicap League until his health would no longer allow him to bowl. He served on the Local ABC & USBC Bowling Board for many years and the State USBC Bowling Board for 10 years. In addition to his parents he was preceded in death by two sisters, Mary Rosco and Faye Inabinet. Those left to cherish his memories are his wife for 34 years Phyllis Pope; two step daughters, Sherrie Hughes and her husband James and Melissa Ledford. He also leaves behind two step grandsons, Chester Hughes and Eric Norris; four step granddaughters, Holly Hughes, Rebekah Norris, Haley Hughes and Chloe Hughes; one brother, James H. Pope of Puyallup, WA; two sisters, Doris McLamb and Sherry Solis and her husband Ron of Erwin, NC; two special nieces, Debbie Johnson and Mary Katherine (Kitty) Lewis of NC; five brothers-in-Law; five sisters-in-law and several nieces and nephews. The family of James Douglas Pope will receive friends from 11 am to 1 pm Friday, July 9, 2021, in the Tetrick Funeral Services Chapel. The funeral service will follow at 1 pm with Pastor Curtis Hurt, Pastor David Foster and Honorary Pastor Bill Greer officiating. Music will be provided by Loren Harris and The Hood Family. The graveside committal service will follow in the Highland Church of Christ Cemetery, Gray. Active pallbearers will be Al Grizzard, Bobby Rhines, Alan Self, Gary Wayne Wallace, Randy Campbell and Mike Gilliam. Honorary pallbearers will be Chester Hughes and Eric Norris. The family would like to thank Amedysis Home Health, Amedysis Hospice, Dr. Ronald Blackmore, Dr’s Israel and Maria Garcia and Smokey Mountain Medical for all the loving care they have given Jim. In lieu of flowers donations may be made to The Tennessee Alzheimer’s Association 2319 Browns Mill Rd, Suite D6, Johnson City, TN 37604, Attn: Tracy Wilson.

James Douglas Pope of Johnson City, TN went home to be with Jesus after a lengthy illness, on July 4, 2021, surrounded by his friends and family. He was born in Dunn, NC on July 9, 1940, to the late James Leonard Pope and Effie Mable Norris... View Obituary & Service Information

The family of James Douglas Pope created this Life Tributes page to make it easy to share your memories.

James Douglas Pope of Johnson City, TN went home to be with Jesus...

Send flowers to the Pope family.