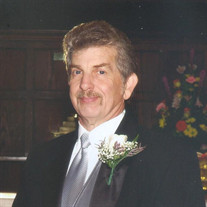 “The best and most beautiful things in life cannot be seen or even touched. They must be felt with the heart.” Gary Dale Horne, (August 27, 1952), passed away peacefully on September 25th, 2021 after a brief illness. A lifelong resident of Kingsport, Tn. Gary was the son of the late Earnest Haynes Horne and late Gayther Evelyn Horne. He attended school at Ketron High School graduating in 1971, at which time he enlisted in the United States Navy serving as a Petty Officer Second Class as an Aviation Electrician's Mate where he performed troubleshooting and repairs on electrical, instrumentation, and flight controls systems. During his military career (1971-1979), he was the recipient of several medals including the National Defense Service Medal, the Vietnam Service Medal Campaign XV, Vietnam Campaign Medal with Device, the Armed Forces Expeditionary Medal, and Meritorious Unit. After receiving an honorable discharge in 1979, Gary attended Chattanooga State Technical Community College as an Electrical/Electronic Engineering major and later completed training with the Associated General Contractors of America, completing OSHA and Superintendent training courses and received his certification as a Master Carpenter. He worked for many years his life's work as a carpenter/superintendent on several commercial and residential structures in Kingsport, Johnson City, and surrounding areas. Prior to his retirement, Gary worked as a call consultant for A&T Telecommunications. Some of Gary's favorite places to be were either the golf course or on the water fishing, as he was both an avid golfer and loved both bass and fly fishing. Of Gary’s most memorable attributes, the most amazing was that he loved as deeply as he was loved. He will always be remembered for his compassion and caring, especially to those closest to him. He had a unique way of drawing people in and making them comfortable and was dearly loved for it. Gary was preceded in death by his parents, Earnest and Gayther Horne, and by his sister Karen Sue Horne. He is survived by his beloved wife Kathi and his sons Jacob Smith and Gary Jr. & wife Jessica and grandson Parker; his brother Don Horne & wife Regina and niece Traci Camper & husband Michael and daughter Mya; brother-in-law, Phil LeCroy and wife Diane and their daughter Amy, as well as his extended families of Gary (Bo) and Donna Harris, David Jennings, Dan and Regina Rose. The loving support of the members of St. John's Episcopal Church and our ETSU and AT&T friends. A memorial service for Gary Dale Horne will be held with a live stream available at St. John's Episcopal Church on Friday, October 15, 2021, at 10:00 am, with a graveside service to follow at the Mountain Home National Cemetery at 1:00 pm. The Veterans Honor Guard DAV #39 will accord military honors. In lieu of flowers, donations can be made to the Wounded Warriors Project.

&#8220;The best and most beautiful things in life cannot be seen or even touched. They must be felt with the heart.&#8221; Gary Dale Horne, (August 27, 1952), passed away peacefully on September 25th, 2021 after a brief illness. A lifelong... View Obituary & Service Information

The family of Gary Dale Horne created this Life Tributes page to make it easy to share your memories.

“The best and most beautiful things in life cannot be seen or...

Send flowers to the Horne family.