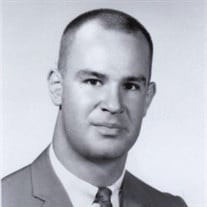 Life, Garland Reeves June 15, 1942 – June 2, 2021 Garland Reeves Life, longtime resident of Roanoke, VA, passed away at home in Johnson City, Tennessee. Born in McGaheysville, VA to Cecil and Mary Burner Life, he was a graduate of Montevideo High School, Bridgewater College, and the University of Virginia. Pre-deceased by his parents, Garland is survived by his loving family: wife, Kimberly Hale; son and daughter-in-law, Jason and Amy Life, daughter and son-in-law, Sarah and Paul Tesoriere; grandchildren, Benjamin and Megan Life and Bella and Luca Tesoriere; step-daughter, Gretchen Roberts; step-son Andrew Roberts; his sister, Janet Wayland; numerous other family members; and his beloved dog, Reuben. Garland served for 38 years as a teacher, the principal of Andrew Lewis and Cave Spring High Schools, and as a Roanoke County School administrator. He believed in all children’s potential and giving them the best environment to grow and develop. Nowhere was this more evident than the care and selfless devotion he consistently gave his family. Strongly influenced by growing up on a farm, Garland was a strong proponent of getting your work done first and working hard as a way of life. He was a man defined by his work, but not by his profession. He dabbled and excelled in woodcrafting, arranging flowers, painting/sketching, and genealogy. He volunteered for his churches and neighborhoods. His lifetime passions were gardening and cooking. His vegetable gardens always turned into mini-farms, and his yards set the standard by being as neat as they were beautiful. No meal or party was too large for him to personally prepare and cook every mouthwatering dish. His dinners were not for the diet-conscious. Garland was charitable and generous in the ways that count the most – his care and service to others. Wherever he lived, local store and office clerks, nurses, and many others would often find themselves in possession of cakes, pies, or cobblers from Garland’s kitchen. He believed in befriending everyone, and through that inclusion, always invited his staff janitors, postmen, etc. to his annual and amazing Christmas parties. In times of need, or just because he felt like it, neighbors would occasionally come home from work to find their yard already mowed for them. A lover of witticisms and great quotations, Garland liked to remind people that “Character is the way you act when you think no one is watching” and “Life is not a dress rehearsal.” He lived his life of faith and values as an example to all. A graveside memorial service will be officiated by Pastor Reginald Tuck at 11 a.m. on Monday, June 14 at Mount Olivet Cemetery in McGaheysville, VA. In lieu of flowers, please send donations to the Roanoke County Education Foundation for Scholarships addressed to Roanoke County Schools, 5937 Cove Road, Roanoke, VA 24019, attn: Roanoke County Schools Education Foundation.

The family of Garland Reeves Life created this Life Tributes page to make it easy to share your memories.

Send flowers to the Life family.