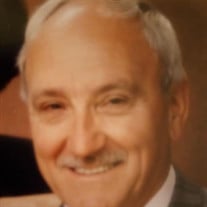 Frederick Delano “Fritz” Job, age 87, of Roan Mountain, Tennessee went home to be with the Lord on Tuesday, January 25, 2022 at the Waters of Roan Highlands Nursing Home. Fritz was born on September 12, 1934 in Eureka, South Dakota to the late Fredrick John “Fred” and Bertha Schumacher Job. In addition to his parents, Fritz was also preceded in death by his wife, Barbara Ann “B.A.” King Job whom he married in 1972; the firstborn sibling, Milbert, a brother who died soon after birth; two sisters, Esther Huft and Marion Touchstone; and one brother, Milton Job. Those left to cherish Fritz’s memory include his daughter, Dr. Lynn Job of Denton, Texas; two sons, Kyle Job of Roan Mountain, Tennessee, and Matthew Job of Missoula, Montana; one sister, Gloria Zombro of Las Vegas, Nevada; and several nieces and nephews. Fritz retired as an engineer for Hughes Aircraft which transitioned to General Motors. He worked in that capacity for the Ground Systems Group in radar technology both in Southern California as well as Quality Control in Europe for eight years based in Belgium. He graduated with a Bachelor’s Degree in Mechanical Engineering, South Dakota State University. In college he worked on the then new Oahe Dam project, and after retirement he took an assignment in Hong Kong working on the new off-shore island-based airport. He enjoyed traveling, working on desert enduro motorcycles, coin collecting, home improvements, and restoring antique cars. It was Fritz’s wish to be cremated and no services are scheduled. He directed to be interred with his wife Barbara “B.A.” King Job in her family plot in Riverside Cemetery, Pierre, South Dakota where they have a joint granite monument. Those who desire memorials may make donations to the American Cancer Society, 861 Weisgarber Road, Knoxville, TN 37909 in honor of Frederick “Fritz” Job. Online condolences and memories of Fritz may be made at https://www.tetrickfuneralhome.com/. The Job family has been entrusted to Tetrick Funeral Home, 211 North Riverside Drive, Elizabethton, TN 37644.

The family of Frederick Delano "Fritz" Job created this Life Tributes page to make it easy to share your memories.

Send flowers to the Job family.