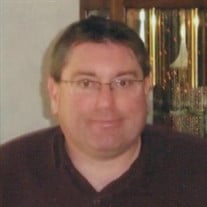 Donnie Alden Mottern II, age 49, of Alabama, went home to be with his Lord Friday, January 7, 2022 from the Madison Hospital. He was born September 21, 1972 in Johnson City, TN. Donnie was raised in Piney Flats, was a long time member of the Bluff City United Methodist Church, became an eagle scout in his youth and was a graduate of East High School. He attended college at North East Community College and received his degree in Electrical Engineering from Tennessee Technical School in Cookeville. He lived in Madison, Alabama over 20 years. Working for Dese at Boeing in Huntsville. He was well respected by his coworkers. Donnie had a dry wit and was known as an easy going private person who didn’t talk much but was a good listener. He was an avid reader, loved traveling to different states, having adventures in camping, hiking, boating, target shooting and metal detecting. Those left to cherish the memory of Donnie Mottern II include his parents, Donnie and Mary Lou Mottern of Piney Flats; uncle, Earl Galloway of Kingsport; aunts, Wanda Shepherd of South Carolina, Betty McInturff of Johnson City; great aunt, Virgie Henley of Kingsport; great uncle, John Weaver of Blountville; several cousins also survive. A graveside service to honor the life of Donnie Mottern II will be conducted at 1:00 PM Tuesday, January 11, 2022 at the Poplar Ridge Cemetery with Mr. Evan Wolfe, Minister, officiating. Those wishing to be a part of the service are asked to meet at the cemetery at 12:50 PM. In lieu of flowers the family requests donations be made in memory of Donnie to St. Jude’s Children’s Hospital at St. Jude Children's Research Hospital 501 St. Jude Place Memphis, TN 38105., or the charity of your choice. Words of comfort can be sent to the family through our website, www.tetrickfuneralhome.com. Tetrick Funeral Home-Bluff City Chapel, 245 Main St. Bluff City, TN 37618 (423) 538-7131 is honored to serve the Mottern family.

Donnie Alden Mottern II, age 49, of Alabama, went home to be with his Lord Friday, January 7, 2022 from the Madison Hospital. He was born September 21, 1972 in Johnson City, TN. Donnie was raised in Piney Flats, was a long time member of... View Obituary & Service Information

The family of Donnie Alden Mottern II created this Life Tributes page to make it easy to share your memories.

Send flowers to the Mottern family.