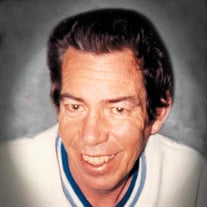 David Lee Stewart, age 82, of Johnson City, Tennessee went home to be with his Lord on Monday, March 21, 2022 at the Waters of Johnson City. David was born in Johnson City to the late Thomas Edison Stewart and Lucy Marie Hyder Stewart. In addition to his parents, David was also preceded in death by his wife, Marie Stewart; a son, Tommy Lee Stewart; and his brother, Jack Stewart. David retired as the owner and operator of David’s New and Used Store and was of the Christian faith. He liked to listen to gospel music, playing solitaire, watching westerns, telling stories and collecting coins. Those left to cherish his memory include his daughter, Penny (Tim) Rice of Elizabethton; his grandson, Caleb (Alyssa) Rice of Johnson City; his granddaughters, Megan Rice of Elizabethton and Laura Rice also of Elizabethton; his sister, Patsy Ann Stewart Simpson (John) of Johnson City; his brother, Sonny Stewart of Johnson City; and his uncle, Frank Stewart of Johnson City. Several nieces and nephews also survive. A service to honor the life of David Lee Stewart will be conducted at 1:00 PM on Friday, March 25, 2022 in the Chapel of Peace at Tetrick Funeral Home of Elizabethton with Reverend Sonny Thomas officiating. The family will receive friends from 12:00 PM until 1:00 PM in the funeral home chapel prior to the service on Friday. The graveside service will follow at Happy Valley Memorial Park. Honorary pallbearers will be Stanley Rice, Caleb Rice, Frank Stewart, Scott Thomas, Mike Britt, Richard and Jerome Webster. The family would like to thank the staff at Boones Creek Pharmacy, the staff and doctors of Amedisys Home Health and Hospice and the faculty and the staff at The Waters of Johnson City and to Rachel Bradley for the exceptional care given to David during his illness. Words of comfort and online condolences may be shared with the family on our website, www.tetrickfuneralhome.com Tetrick Funeral Home, Elizabethton is honored to serve Stewart family. Office 423-542-2232, service information line, 423-543-4917.

David Lee Stewart, age 82, of Johnson City, Tennessee went home to be with his Lord on Monday, March 21, 2022 at the Waters of Johnson City. David was born in Johnson City to the late Thomas Edison Stewart and Lucy Marie Hyder Stewart. In... View Obituary & Service Information

The family of David Lee Stewart created this Life Tributes page to make it easy to share your memories.

Send flowers to the Stewart family.