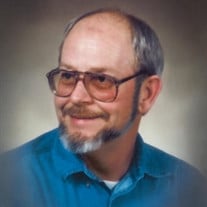 Click here to view a live stream of David's service David Henry Cooper, age 66 of Johnson City, passed away on Friday, August 27, 2021 at his home. He was a son of the late Luther M. and Nellie M. Roberts Cooper, born to them on April 3, 1955 in Johnson City, Tennessee. David proudly served his country in the United States Navy, with his last assignment being aboard the USS Kitty Hawk. He was also a member of the IATSE Local 699 Union. After leaving the military, David attended cosmetology school and later worked as a barber. He was a member of the Martindale Baptist Church and belonged to the Wood Turners Club in both Johnson City and Asheville. He Volunteered at the Warriors Canvas in Johnson City and also went to the Senior Citizens Club. David enjoyed taking his 1966 Bel Air to car shows and also loved to collect things, especially knives, cigarette lighter as well as old tools. Along with his parents, David is preceded in death by his siblings, James M. Cooper and Gary L. Cooper. David is survived by his loving wife, Nelda Garland Humphreys Cooper; his siblings, Carolyn Cooper and Rick M. Cooper (Jill), his son, David Wayne Cooper (Tara), Josh Crawford; his step-children, Landon Humphreys (Kelli) and Sarah Wooten (Chris), Tony Ludwig, who he loved as a son; his grandchildren, Luke Cooper, Chloe Cooper, Austin Wooten, Elijah Wooten, Emma Wooten, Jackson Humphreys, Hayden Humphreys, Grayson Humphreys, Colton Humphreys, Marley Crawford and Jude Crawford; a special friend, Dave Adkins. He is also survived by several nieces, nephews and dear friends who will cherish his memory. Funeral services for David Henry Cooper will be conducted on Monday, August 30, 2021 at 7:00 P.M. in the chapel of Tetrick Funeral Services with Chaplain Mike Watts officiating. The Cooper family will receive friends at the funeral home on Monday evening after 5:00 P.M. until the hour of service at 7:00 P.M. David will be laid to rest on Tuesday, August 31, 2021 at 2:00 P.M. in the Mountain Home National Cemetery with Delbert Storie officiating. Grandsons and friends of the family will serve as pallbearers. Those wishing to attend are asked to meet at the cemetery no later than 1:50 P.M. In lieu of flowers, memorial donations may be made to the Disabled Veterans Associating or the American Cancer Society. The family would like to extend their sincere thanks to everyone at the VA Hospital, specifically, Dr. Reddy, Dr. Toyne, Michele Johnson, Hope Ledford, Rachel Cunnyngham, as well as Miss D & Avalon Hospice, David’s church family and friends. Memories and condolences may be shared at www.tetrickfuneralhome.com. Tetrick Funeral Services 3001 Peoples Street Johnson City, TN 37604 (423-610-7171) is honored to serve the Cooper Family.

The family of David Henry Cooper created this Life Tributes page to make it easy to share your memories.

Click here to view a live stream of David&#39;s service

Send flowers to the Cooper family.