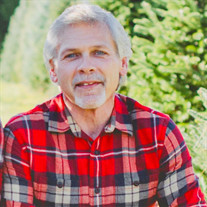 2 Timothy 4:7 I have fought the good fight, I have finished the race, I have kept the faith. Danny L. Shipley went to be with the Lord Thursday, November 18, 2021, at Bristol Regional Medical Center, after a lengthy illness. In 17 months, he showed more strength than most of us will show in a lifetime. Danny was of the Christian faith and found his strength and comfort in his Savior. He was the son of the late C.E. “Gene” Shipley and Virginia Treadway Shipley. In addition to his parents, Danny was preceded in death by two brothers, Delmar McConnell and Elmer Shipley. Survivors include his devoted wife of 39 years, Danita Shipley; one son, Christopher Shipley and wife Amanda; three daughters Natasha Thomen, Alicia Phillips and husband Kelly, and Jessica Shipley and fiancé Rob; six grandchildren: Deakin Shipley, Rhett Shipley, Sutton Shipley, Lucie Thomen, Jacob Handy and Erin Handy. He is also survived by one sister Glenda Cloud and husband Ed; and one brother Lewis Shipley and wife Teresa; and several nieces and nephews. Danny was a lifelong resident of Johnson City. He was also a longtime member of the Fountain of Life Church. Danny spent his career days working in the car business. He was employed by Crabtree Buick GMC for many years where he made countless lifelong friends. In more recent years, he enjoyed his time working for Smith Brothers Harley Davidson. Danny also started an IT business in his spare time where he pursued his love for computers and networking. Danny was incredibly hardworking and a perfectionist to the core. His true passion was his family who affectionately refer to him as “Pops”. His love and guidance was the foundation of his family and He was endlessly proud of all of his children. He had a special bond with everyone in his family especially his grandchildren. Danny found his true love in life when he became a “Pops” after his first grandchild was born. The bond and memories that Danny created with his grandchildren will always be remembered in their hearts. Most of us will remember our summer days together listening to oldies, discussing the Bible, riding 4 wheelers & dirt bikes, and enjoying his perfectly grilled london broil. He enjoyed spending time riding his Harley and driving his GTO. His charismatic spirit and caring heart was a guiding light for so many. Danny always encouraged others to seek God in every aspect of their lives. A celebration of life will be held on Saturday, November 27, 2021, at Tetrick Funeral Services in Johnson City with Evangelist Charles “Toonie” Cash and Pastor Roy Yelton officiating. The family will receive friends from 11-1pm prior to the service. He will be laid to rest at Washington County Memory Gardens.

2 Timothy 4:7 I have fought the good fight, I have finished the race, I have kept the faith. Danny L. Shipley went to be with the Lord Thursday, November 18, 2021, at Bristol Regional Medical Center, after a lengthy illness. In 17 months,... View Obituary & Service Information

The family of Danny L Shipley created this Life Tributes page to make it easy to share your memories.

Send flowers to the Shipley family.