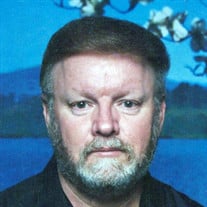 Dale Eugene Norris, age 75, of Elizabethton, Tennessee went home to be with the Lord on Sunday, May 8, 2022 at the James H. Quillen VA Community Living Center. Dale was born in Elizabethton on October 24, 1946 to the late Elige and Aretta Arnold Norris. In addition to his parents, Dale was also preceded in death by his wife, Brenda Combs Norris; and his brother, Douglas Norris. Dale worked as an optician and was a United States Army veteran, having served in Vietnam. He was of the Baptist faith and enjoyed spending time with his grandchildren. Those left to cherish Dale’s memory include his daughter, Felicia (Ronnie) Heaton of Elizabethton; two grandchildren, Catherine Elizabeth Heaton and Gavin Hayes Heaton both of Elizabethton; and his sister, Georgia (Bud) Carr of Elizabethton. Many friends and neighbors also survive. A celebration of life service for Dale will be conducted at 7:00 PM on Wednesday, May 11, 2022 in the Riverside Chapel of Tetrick Funeral Home, Elizabethton with Mr. Art Webb officiating. The family will receive friends from 5:00 PM until 7:00 PM in the funeral home chapel prior to the service on Wednesday or at the residence of his daughter at other times. The graveside service will be conducted at 10:00 AM on Thursday, May 12, 2022 in the Mountain Home National Cemetery (Historic Section). Active pallbearers will be David Ellis, Daniel Ellis, Jordan Ellis, Bud Carr, Bo Carr and Brian Norris. Honorary pallbearers will be Ken Hughes and Louie Heaton. Those wishing to attend the graveside service are asked to meet at the cemetery at 9:50 AM on Thursday. Those who prefer memorials in lieu of flowers are asked to make donations to the charity of your choice in memory of Dale. Words of comfort can be sent to the family through our website, www.tetrickfuneralhome.com. Tetrick Funeral Home-Riverside Chapel, 211 North Riverside, Elizabethton, TN 37643 (423) 542-2232 is honored to serve the family of Dale Eugene Norris.

Dale Eugene Norris, age 75, of Elizabethton, Tennessee went home to be with the Lord on Sunday, May 8, 2022 at the James H. Quillen VA Community Living Center. Dale was born in Elizabethton on October 24, 1946 to the late Elige and Aretta Arnold... View Obituary & Service Information

The family of Dale Eugene Norris created this Life Tributes page to make it easy to share your memories.

Send flowers to the Norris family.