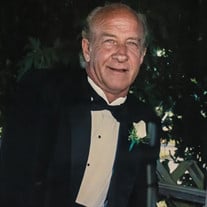 Dale Keesee, age 76, of Gray, Tennessee, passed away on Friday, March 26, 2021 in Johnson City Medical Center. He was a son of the late Estel Haynes and Mary Cecil Keesee, born to them on March 31, 1944 in Bristol, Virginia. Dale had a long love affair with drag racing that began in the 1960's. During the next decade he set three world records in his 1957 Chevrolet for Elapsed Time (ET) and Miles Per Hour (MPH). In the 1980's Dale traded his '57 for a 1967 Camaro and continued to win races and set records. Early in the 1990's he took some time off from racing and started a successful 1955-56-57 restoration parts dealership. Out of the success of his business and his broad network of classic car affiliates he became the Director of Promotions and Special Events for Danchuk Manufacturing, Inc. his partnership with Danchuk spanned over three decades and to the date of his death he and Danchuk Owners; Art and Danny Danchuk, were the best of friends. His never ending love of speed and racing was always lingering and he was always making an opportunity to get behind the wheel of a race car. He raced with multiple cars throughout the 90's and well into the millennium. His last race car nicknamed "Blaze of Glory" took him over 300 MPH and coined him the nickname “Top Gun”. Classic car enthusiast and race fans alike loved to see him race and loved the opportunity to chat with him over classic cars and parts. While wheeling and dealing over classic cars and parts was his hustle, his family and friends were life. He loved spending time at the lake playing on jet skis and boats, teaching a multitude of people to water ski over the years, watching all of the children play. He never met a stranger and he could find a common thread with anyone. The people that were blessed to call him friend know that he loved unconditionally and gave exponentially. If he considered you a friend you were family. He and his wife Liz were married on April 1, 1982. For almost four decades they attacked life with passion, strength, and courage. His kind and giving nature never allowed anyone to go without. He touched many lives and will forever be missed by those who loved him. Along with his parents, he is preceded in death by one grandchild, Lyndsey Keesee; sister-in-law, Dot Keesee and brother-in-law, Glen Mikeal. He is survived by his loving wife, Elizabeth Keesee, his children, Lisa Keesee Taylor (Shawn), Sonya Grice (Keith), Shawn Keesee, Alex Keesee, and his bonus child, Rodney Mack; his siblings; Cliff Keesee, Shirl Mikeal, Jimmy Keesee (Martha), Donna Keesee (Melanie), and Judy Brownlee (Corky); his grandchildren, David Cantrell, Sarah Cantrell, and Anna Grace Taylor. He is also survived by a multitude of nieces, nephews, extended family and dear friends left behind to cherish his memory. A memorial service to celebrate the life of Dale Keesee will be conducted on Tuesday, March 30, 2021 at 7:00 P.M. in the chapel of Tetrick Funeral Services with Rev. Randy Hensley officiating. The family will receive friends at the funeral home on Tuesday after 6:00 P.M. until the hour of service at 7:00 P.M. In lieu of flowers, memorial donations may be made to St. Jude Children’s Hospital. Memories and condolences may be shared at www.tetrickfuneralhome.com. Tetrick Funeral Services 3001 Peoples Street Johnson City, TN 37604 (423-610-7171) is honored to serve the Keesee Family.

Dale Keesee, age 76, of Gray, Tennessee, passed away on Friday, March 26, 2021 in Johnson City Medical Center. He was a son of the late Estel Haynes and Mary Cecil Keesee, born to them on March 31, 1944 in Bristol, Virginia. Dale had a long... View Obituary & Service Information

The family of Dale Keesee created this Life Tributes page to make it easy to share your memories.

Send flowers to the Keesee family.