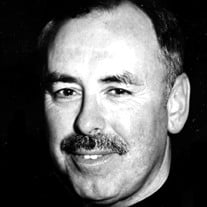 Colin Richmond Doran of Johnson City passed away on April 4, 2022 peacefully at home with his wife and special friends at his side. He was born in Wigan, England on December 26, 1949. He attended the Gidlow School. After completing secondary school, he began an apprenticeship at British Aerospace at the age of 16. Upon completion of his training at British Aerospace, he continued his education receiving his degree in Mechanical Engineering. In 1982, he came to the U.S. with Dolson-Park Industries which later became Joy Mining Machinery and more recently Komatsu. Colin believed in the value of education and professional development. While working, he completed the qualifications to earn his designation as a chartered professional engineer. He was inducted into the Institute of Mechanical Engineers (I Mech E) of the U.K. in 1998. He retired from Komatsu after 45 years of service. Colin was proceeded in death by his parents, Francis and Joan Doran and his sister, Susan Pye. Left to cherish his memory are his wife, Dr. Karen McRae Doran of Johnson City, his brother Frank (Hazel) Doran of London, England, and his sisters Carole (Joe) Higham of Wigan, England, and Jane (Umet) Yasak of Wigan, England, his brothers and sister in-laws, David and Kit McRae, Denton, Texas, and Jan McRae, Black Mountain, North Carolina. Colin also had several nephews and nieces that he cherished and was so proud of; Richard, Robert, and Sophie Doran of London, England, Sharon Holliday of Frodsham, England and Thomas Doran of Wigan, England. To all the McRae nephews; Capt. Robert McRae, USMC Sneads Ferry, N.C., Wyatt McRae, Memphis, TN, David McRae, Denton, TX, Ben McRae, Lewisville, TX and Andrew McRae, St Louis, MO, Colin will always be known as Uncle Rambo. He loved you all and loved to make you laugh. Colin was a loving husband, adored uncle, and loyal friend. He was also a passionate supporter of his home soccer club, Wigan Athletics. When his beloved “Tics” were promoted to the English Premier League, he showed his loyalty by becoming a season ticket holder, attending as many matches as travel back to England would allow. He was also an avid scuba diver, ballroom dancing enthusiast, and he loved to travel. Colin attended Grace Fellowship Church and despite his many trials especially in the last three years of his life, he remained steadfast in his love and faith in his Lord and Savior, Jesus Christ. If anyone asked him, he would say he indeed lived a very blessed life. Colin’s family would like to extend a special thank you to Jim and Peggy Marianski, Sandy and Jim Barker, Janet Hall and Carter Phillips for all of their love and support during the last three years. Also, to our extended family at Watauga Orthopedics, a heartfelt thank you for all of your many cards, prayers, meals and words of encouragement during Colin’s illness. A celebration of Colin’s life will be held on Sunday April 24, 2022 @ 2:00pm at the Carnegie Hotel Ballroom with the Reverend Dave McAuley officiating. A private interment will be conducted at a later date. In lieu of flowers, the family requests that contributions be made to the Colin Doran Memorial for Doe River Gorge Christmas Train Project. Link to Donation www.doerivergorge.com/doran_memorial

Colin Richmond Doran of Johnson City passed away on April 4, 2022 peacefully at home with his wife and special friends at his side. He was born in Wigan, England on December 26, 1949. He attended the Gidlow School. After completing secondary... View Obituary & Service Information

The family of Colin Richmond Doran created this Life Tributes page to make it easy to share your memories.

Colin Richmond Doran of Johnson City passed away on April 4,...

Send flowers to the Doran family.