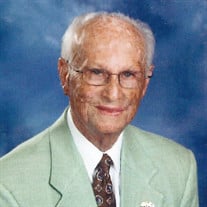 Billy Joe Milhorn, age 91, of Elizabethton, Tennessee went home to be with the Lord on Monday, December 27, 2021 from the residence of his daughter in Kingsport, Tennessee. Billy Joe was born in Butler, Tennessee to the late Robert Howard Milhorn and Hattie Bell Stout Milhorn. In addition to his parents, Billy Joe was also preceded in death by his wife, Bertie Ruth Grindstaff Milhorn in April 1996; and six brothers, Herbert Milhorn, Paul Milhorn, Jim Milhorn, Harold Milhorn, R. H. Milhorn, Jr., and Wylie Milhorn. Billy Joe retired after 37 years of service as a machine tool operator at Raytheon Missile Systems Division of Bristol. He was a United States Air Force veteran having served in the Korean War. Mr. Milhorn was 22 when he volunteered to serve in the Air Force on October 3, 1951. After completing basic training in San Antonio, Texas and supply training in Cheyenne, Wyoming, he arrived at Dhahran Air Force Base, Saudi Arabia, in time for Christmas in 1951, where he was stationed for the next four years. Billy Joe was a faithful member of Dungan Chapel Baptist Church for 58 years, serving in various roles over the years. He served as a Sunday School teacher, a trustee, on the house and grounds committee, attended the Watauga Baptist Association meetings, and one of his most loved services for his church was serving as Sunday School Director for 35 years. The church presented him with a plaque in August for his devotion to his work for his church by naming him Dungan Chapel Baptist Church Sunday School Superintendent Emeritus. Billy Joe attended Watauga Academy of Old Butler and was a graduate of Hampton High School Class of 1950. Billy Joe was also a 60 year member of Roan Creek Masonic Lodge #679 F& AM. He was also a member of the Jericho Shrine Temple and the Elizabethton Shrine Band for over 50 years. His work with the Shriners was one of his great services to his community. He always loved to participate in the local parades, Shrine paper sales and the annual Jericho Shrine Circus. He also accompanied several other Shrine members in transporting children to the Shriners Hospital in Greeneville, South Carolina in his early years as a Shriner. Another organization that was most dear to his heart was his affiliation with the Watauga Academy Alumni Association and the Butler Museum. Billy Joe served on the Board of Directors and was Vice President of Watauga Academy Alumni Association until his death. He was instrumental in the creation and organization of the Butler Museum which continues to preserve the history and culture of the people of Old Butler where Billy Joe was born and from where his many other families had to move for the flooding of the town to build the Watauga Dam in 1942. Billy Joe was presented a Lifetime Achievement award for his devotion to preserving the history of Old Butler. Those left to cherish Billy Joe’s many wonderful memories include one daughter, Lisa (Phil) Pierce of Kingsport; two grandchildren, Blake Pierce of Johnson City and Drew Pierce of Kingsport; a brother, Tom (Lois) Milhorn of Elizabethton; two special sisters-in-law, Lois Carver and Virginia Grindstaff both of Elizabethton; a special great niece, Jaclyn Wilson of Elizabethton; and several nieces, nephews, great nieces and great nephews also survive. A service to honor the life of Billy Joe Milhorn will be conducted at 1:00 PM on Friday, December 31, 2021 in the Chapel of Peace at Tetrick Funeral Home, Elizabethton with Pastor Eric Heaton and Pastor Randy Johnson officiating. Music will be under the direction of Dale Williams. Masonic services will provided by the Dashiell Masonic Lodge #238 F&AM. The family will receive friends from 11:00 AM until 1:00 PM in the funeral home chapel prior to the service on Friday. The graveside service will follow in the Ensor Cemetery. Active pallbearers will be Tommy Milhorn Jr., Jimmy Milhorn, Javy Taylor, Dallas Williams, Chris Wilson, Arlie Vaughn, Tom Oxendine and David Lewis. Honorary pallbearers will be Michael Southerland, Richard Peters, Davey Collins, Brad Asher, Denny Bishop, Mike Pendergrast and Brian Leedham. Those who prefer memorials in lieu of flowers may make donations in Billy Joe’s honor to the Butler Museum, 123 Selma Curtis Road, Butler, TN 37640 or the Shriner’s Hospital, 950 W Faris Road, Greenville, SC 29605. The family would like to especially thank the therapists and nurses of Amedysis Home Health and Hospice of Kingsport, Dr. Chad Thomas, Dr. Kyle Colvett, Dr. Ryan Hackett, his surgeion- Dr. Ken Lewoczko and a special thanks for the kind, compassionate care shown on the two separate hospital stays by the nurses and staff of Franklin Woods, 3rd Floor ICU. Online condolences may be shared with the family on our website, www.tetrickfuneralhome.com Tetrick Funeral Home, Elizabethton is honored to serve the Milhorn family. Office 423-542-2232, service information line, 423-543-4917.

Billy Joe Milhorn, age 91, of Elizabethton, Tennessee went home to be with the Lord on Monday, December 27, 2021 from the residence of his daughter in Kingsport, Tennessee. Billy Joe was born in Butler, Tennessee to the late Robert Howard Milhorn... View Obituary & Service Information

The family of Billy Joe Milhorn created this Life Tributes page to make it easy to share your memories.

Send flowers to the Milhorn family.