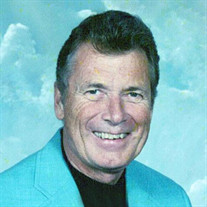 Dr. Billy E. Gober, age 83, of Elizabethton TN, passed away suddenly on Sunday, January 31, 2021 at home. He was the son of the late Birdie Edgar and Marian Duggan Gober and was born on October 20, 1937 in Greensboro, GA. Billy was a graduate of the University of Georgia. His professional experiences have been varied beginning as a science, health and physical education teacher at the elementary school level in Atlanta, GA. Billy taught at Briarcliff High School and coached football and gymnastics in Atlanta. He later served as coordinator for health and physical education and athletics for Georgia's DeKalb County School District. In 1968, he became a faculty member at the University of Georgia as a researcher at the Research and Development Center for Educational Stimulation. From 1972-1973, Billy was a professor at Temple University in Philadelphia. Returning to Georgia in 1973, he became the first Director of Health, Physical Education, and Athletics for the Cobb County School System. In the fall of 1975, he returned to the DeKalb County School System as a District Instructional Coordinator and conducted activities in tumbling, dancing, and swimming. He was selected to be the first coach of the Georgia Special Olympics team and accompanied them to the International Special Olympics team in California. Billy was also one of the original founders of the "Just Say No to Drugs" program. After retiring from the school system, from 1990-2007, Billy was the Director of Educational Services for Sportime International. He conducted workshops across the country and abroad emphasizing various teaching methodologies to challenge all ability levels with inclusive activities promoting successful learning experiences. He also was an adjunct professor at Georgia State University and East Tennessee State University in Johnson City, Tennessee. In addition to several publications and articles, Billy was the author of movement activities entitled, FITTERSITTERS, SITTERCISE, SEATWORKS, AND CHUTE THE WORKS, as well as designing many other educational materials. Throughout his career, Billy has been recognized for his contributions to education and the community. In 1971, the Georgia Association for Health and Physical Education presented him with the Georgia Honor Award. In 1986, the University of Georgia Alumni Association honored him with the Distinguished Alumni Award in Physical Education. In 1987, Georgia awarded him for dedicated service to the Outdoor and Environmental Education Program. In 2002, the Southern Association for Health, Physical Education, Recreation, and Dance presented him as a representative of Sportime International, the Clyde Partin Service Award. Billy is also recognized in Who's Who in American Education. Billy was a lover of life, with a great sense of humor and made the most of every day. A two-time cancer survivor, he knew the importance of exercise and a healthy lifestyle. He enjoyed snow skiing, kayaking, paddleboarding, golf, pickleball, hiking, surfing, swimming, dancing, and classic cars. Most of all, he loved spending time with his family and cherished the blessings of God's amazing grace. Those left to cherish his many memories include his wife of 20 years, Cindy Walker Gober of the home; 6 children, Denyse Brackett (Paul) of Cleveland, TN; Greg Gober (Joni) of Dallas, GA; Jennifer Storm (Matt) of Largo, FL; Chad Fulwider (Jessica) of Shreveport, LA; Derrick Fulwider (Whitney) of Johnson City, TN; and Jace Fulwider (Beth) of Kingsport,,TN; 7 grandchildren Laura Hall of Smryna, GA; Madison Gober of Atlanta, GA; Cole Gober of Dallas, GA; Kanaan & Kassidy Fulwider of Kingsport, TN; Caroline Fulwider of Johnson City, TN; and Maisie Fulwider of Shreveport, LA; and 1 sister, Betty Boswell of Elberton, GA. Private services will be held at a later date. In lieu of flowers, donations may be made to The Shepherd's Inn, 616 West G Street, Elizabethton, TN, 37643 or to the American Cancer Society, PO Box 22478, Oklahoma Cit y, OK, 73123. Online condolences may be shared with the family on our website, www.tetrickfuneralhome.com Tetrick Funeral Home, Elizabethton is honored to serve the Gober family. Office 423-542-2232, service information line, 423-543-4917.

Dr. Billy E. Gober, age 83, of Elizabethton TN, passed away suddenly on Sunday, January 31, 2021 at home. He was the son of the late Birdie Edgar and Marian Duggan Gober and was born on October 20, 1937 in Greensboro, GA. Billy was a graduate... View Obituary & Service Information

The family of Dr. Billy Edgar Gober created this Life Tributes page to make it easy to share your memories.

Send flowers to the Gober family.