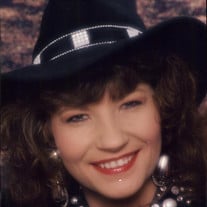 Barbara Joan Heaton Caudill, age 69, of Elizabethton, Tennessee went home to be with the Lord on Wednesday, September 1, 2021 at the Johnson City Medical Center. Barbara was born in Carter County, Tennessee to the late Homer Rex Heaton and Francis Jane Potter Heaton. In addition to her parents, Barbara was also preceded in death by the father of her children, Roger Caudill; and two sisters, Kathy Phipps and Sue Pierce. Barbara had worked as a wood grader at QEP for over 21 years and had also worked as a clothes manufacturer prior to QEP. Barbara had worked hard her entire life and loved everyone and got along with anyone she met. She was of the Pentecostal faith and enjoyed crafting and making things with her hands. She also enjoyed watching YouTube and learning new creative ways of crafting. Those left to cherish Barbara’s many memories include her husband, Billy Hughes of the home; her son, Jeffrey Caudill; her daughter, Jennifer Sanderson and husband Ryan; two granddaughters, Hayden Sanderson and Ashley Caudill; a brother, Steve Potter and wife Kathy; one sister, Nancy Dugger and husband Steve; and one brother-in-law, Mike Pierce. Several nieces and nephews also survive. An open visitation for family and friends to pay their respects will be conducted from 11:00 AM until 2:00 PM on Tuesday, September 7, 2021 at Tetrick Funeral Home (the family will not be present). A private graveside will be conducted at Happy Valley Memorial Park. Those who prefer memorials in lieu of flowers may make donations to the Shriner’s Hospital for Children, 950 West Faris Road, Greenville, SC 29605 in honor of Barbara. The family would like to thank the staff and doctors of Johnson City Medical Center for the exceptional and compassionate care given to Barbara during her illness. Online condolences may be shared with the family on our website, www.tetrickfuneralhome.com, Tetrick Funeral Home, Elizabethton is honored to serve the Caudill family. Office 423-542-2232, service information line, 423-543-4917.

Barbara Joan Heaton Caudill, age 69, of Elizabethton, Tennessee went home to be with the Lord on Wednesday, September 1, 2021 at the Johnson City Medical Center. Barbara was born in Carter County, Tennessee to the late Homer Rex Heaton and... View Obituary & Service Information

The family of Barbara Joan Heaton Caudill created this Life Tributes page to make it easy to share your memories.