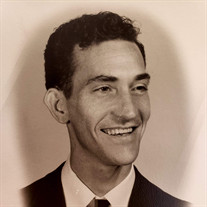 Alfred “Al” E. King, 88, of Elizabethton, passed away peacefully at his home on Tuesday, April 13, 2021. He was born in Avery County, NC and was the son of the late Clifford and Laura Wilson King. In addition to his parents, Al was preceded in death by his son Chris King, his brothers Ray and Ralph King; and his sisters Evie Hughes, Ava Hughes, and Nellie Faye Hoilman. Those left to cherish Al’s memory include his loving wife of 66 years, Margaret Winters King; children: Beverly (C.E.) King, Terry (Samantha) King, LaDonna King, and Tammy (Tommy) Keene; daughter-in-law, Angie King (Chris’ widow), grandchildren Jared Deskins, Ryan Deskins, Michael Blevins, Mitchell Blevins, Dakota Rutherford, Kasey King, Karson King, Elijah King, Christianna King, and Laura Reigh King; 12 great grandchildren and numerous nieces and nephews. As a long-time member of Borderview Christian Church, Al also leaves behind a large and loving church family. Having lived and worked in Carter County for 60 years, Al was admired and respected by many in the community, including the many children he mentored at the Elizabethton Boys and Girls Club. He served the Boys and Girls Club from 1977 to 1991 eventually becoming executive director. His favorite activity was sports of all kinds, whether playing, coaching, attending events, or watching on television. After playing basketball at Cranberry High School, graduating in 1950, he attended Wesleyan for a short time but decided to leave college and play professionally. Over the next few years he played for the Plexies, a traveling team from Oak Ridge; the FBI in Washington, DC; and the Great Southern Trucking Company in Jacksonville, FL. Following a stint in the U.S. Army, Al worked at Pontiac Motors in Michigan where he played on the UAW-C10 team. In addition to scheduling games for over one hundred teams at the Boys and Girls Club, Al King kept the scorebooks and announced the players and play-by-play at the National and American Little league baseball fields for many years. He was inducted into the Carter County Sports Hall of Fame in June 2014. The family will greet friends to share memories on Saturday, April 17, 2021 at Borderview Christian Church, Elizabethton, from 11:00 am until the celebration of Al’s life begins at 1:00 pm with Pastor Scott Fisher and Pastor Scott Reynolds officiating. A graveside service will follow at Happy Valley Memorial Park. Several of Al’s grandchildren will serve as pallbearers. In lieu of flowers, the family requests donations to an Al King Scholarship Fund. A GoFundMe account has been set up for this purpose and can be accessed here: Fundraiser by Michael Blevins : Al King Scholarship Fund (gofundme.com). The scholarships will be given to outstanding Elizabethton High School athletes, male or female, who excel on the field and in the classroom and have actively contributed to community service. Due to the current COVID-19 regulations, our staff is committed to taking care of our guests and families that we serve. Please understand we will be following the State’s COVID guidelines. We also ask all guests and family members attending visitations and services to please bring and wear a mask. This obituary was lovingly written by Al’s family. Memories and condolences may be shared at www.tetrickfuneralhome.com. Tetrick Funeral Home, 211 N. Riverside Drive, Elizabethton, TN 37643 (423-542-2232) is honored to serve the King family during this difficult time.

Alfred &#8220;Al&#8221; E. King, 88, of Elizabethton, passed away peacefully at his home on Tuesday, April 13, 2021. He was born in Avery County, NC and was the son of the late Clifford and Laura Wilson King. In addition to his parents, Al was... View Obituary & Service Information

The family of Alfred "Al" E. King created this Life Tributes page to make it easy to share your memories.

Send flowers to the King family.